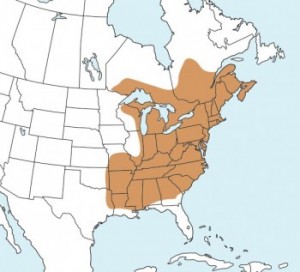 As winter yields to spring and the ground begins to thaw, a mysterious subterranean creature stirs in forested habitats of the East. Aroused into action when rainy weather moistens the earth and temperatures rise, Spotted Salamanders emerge at night and migrate in mass to their aquatic breeding sites, truly a spectacle to behold.

Breeding as early as December in southern areas and as late as April in the north, the bulk of the migration may occur during a single night, with adults congregating in the shallow water of fish-free pools, ditches, and ponds. There, males cluster in writhing balls of up to a dozen or more … an amazing site to behold as they circle, weave and spiral around one another in search of females. 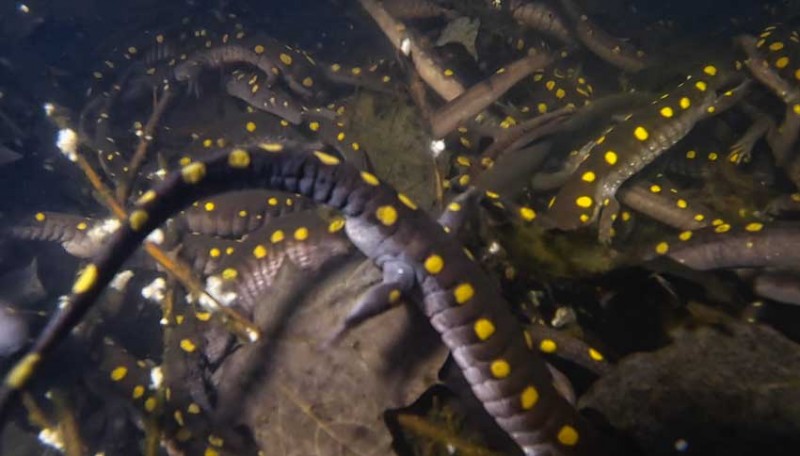 When a male encounters a female, he courts by nudging her with his snout, swinging his head back-and-forth across her back, and raising his head under her chin. She nudges back and he begins depositing dozens of white, gelatinous sperm packets called “spermatophores,” attaching them to leaves, twigs, and other submerged objects (see photo below).

The female may follow a particular male or else just wander about on the bottom in the vicinity of the group, searching for spermatophores by stepping from side to side with her hind-limbs. When a spermatophore is encountered, she moves over it, squats, arches her tail, and uses her vent (cloaca) to remove the sperm mass and draw the sperm into her body, where it is stored in small pockets called spermatheca.

Once enough sperm is gathered, the female swims away in search of a spot where she will deposit her eggs, fertilizing them herself as she lays them. Egg masses are placed on sticks, submergent vegetation, small branches, or directly on the pond bottom. A thick jelly coat serves to protect the eggs from desiccation and predation. Often, females home-in on the same area, and the next day one may find dozens of egg masses, all laid in one spot (see photo at bottom of page).

When breeding is over, the salamanders leave the water at night and return to their home ranges, which are typically within a thousand feet of their breeding site. There they live underground, feeding mostly on invertebrates found in moist soil and underground cavities. They will not be seen again until breeding season the following year, unless heavy rains force them to the surface or they are accidentally uncovered when logs are turned or excavations unearth them. 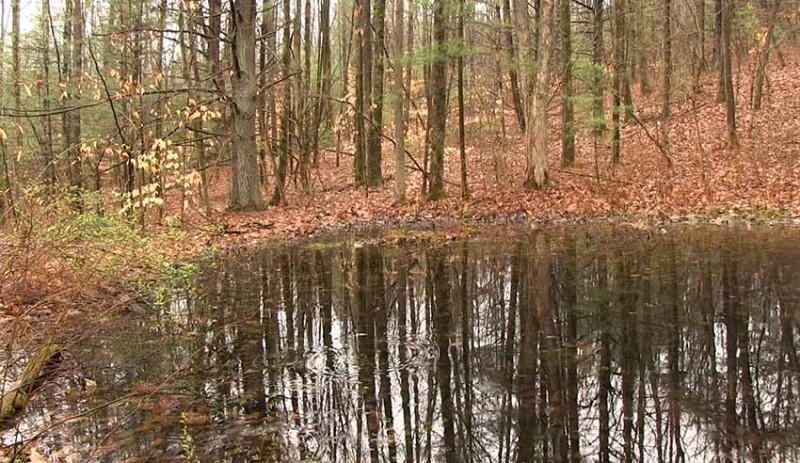 Cluster of egg masses of many females: 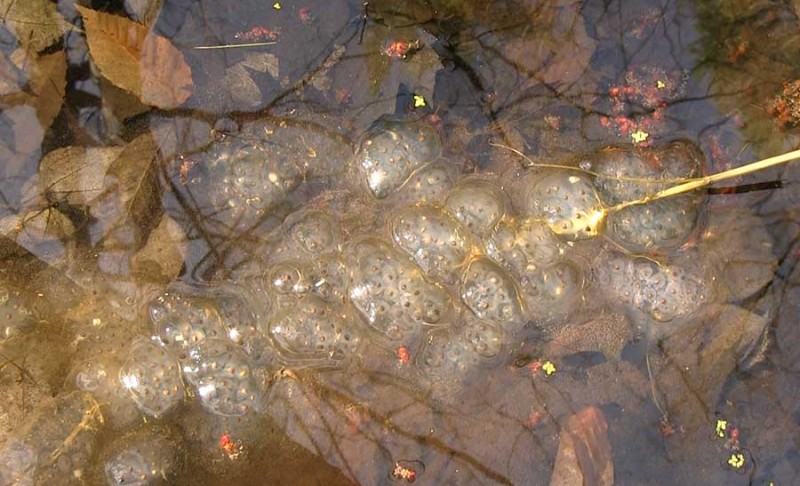 Spermataphores on leaf pulled out of the water: 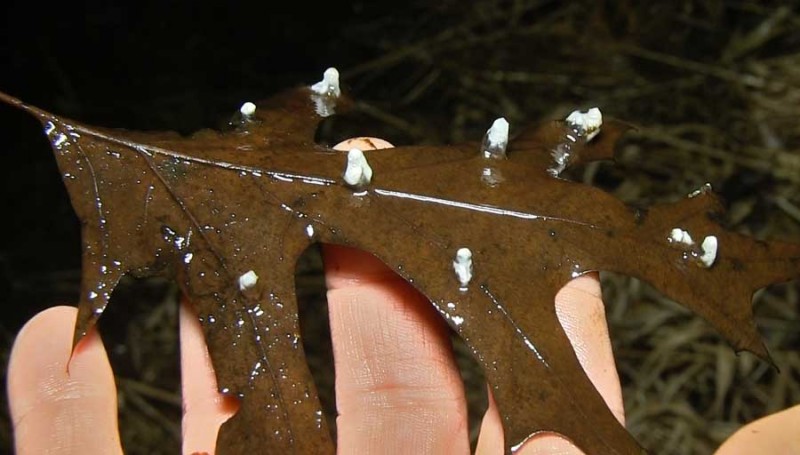 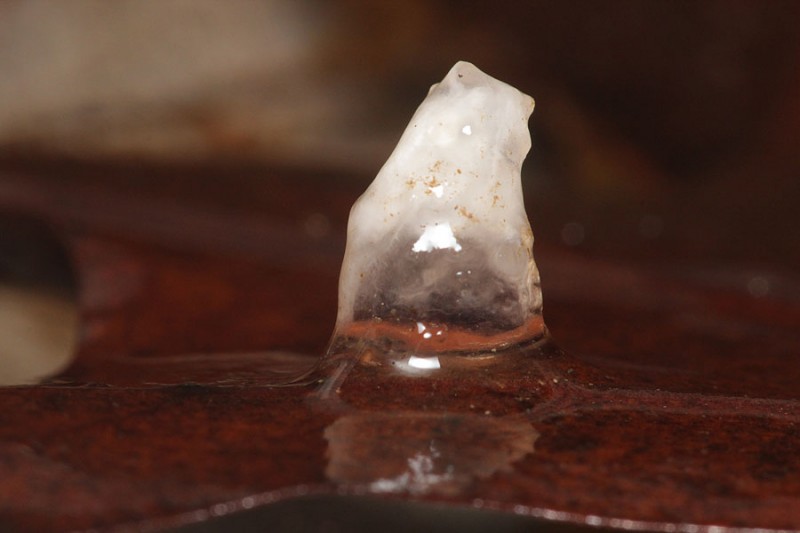