Below is a sampling of my published materials, including books-with-CDs and related audio guides and apps. See also numerous pure nature soundscape titles currently available at musicofnature.com. 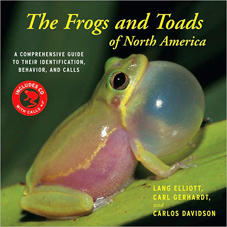 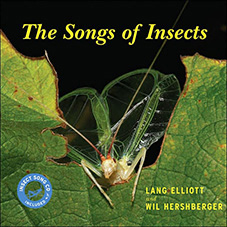 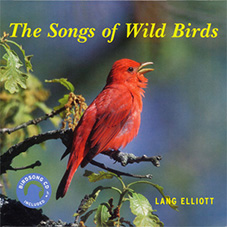 The Songs of Wild Birds
by Lang Elliott – © 2006, Houghton Mifflin Company
An introduction to the voices of more than fifty native birds … not only songbirds, but also owls, rails, bitterns, snipe, and a host of lesser-known birds that make strange, curious, or bizarre sounds. Informative text and outstanding photographs accompany essays that convey Lang’s favorite stories about each bird. Includes a 65-minute audio CD.
Purchase Here 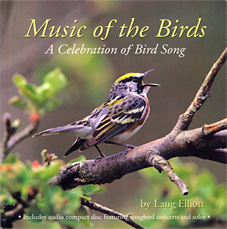 Music of the Birds: A Celebration of Bird Song
by Lang Elliott – © 1999, Houghton Mifflin Company
An introduction to the beauty of birdsong and the aesthetic pleasure of listening. The text weaves scientific explanations of bird song with lyrical descriptions and quotes from poets and essayists such as Wordsworth, Browning, Thoreau and Muir. Includes stunning photographs of birds in full song and an accompanying 65-minute audio CD.
Purchase Here 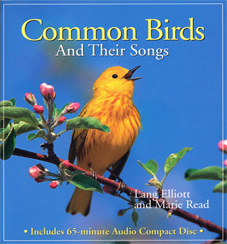 Common Birds and their Songs
by Lang Elliott – © 1998, Houghton Mifflin Harcourt
A unique introduction to fifty of the most familiar birds of North America and the songs they sing. Each bird is described in vivid detail – its natural history, habitat, voice, range, and field marks – and illustrated in stunning color photographs. The audio CD features original high-quality field recordings of each bird’s songs and calls.
Purchase Here 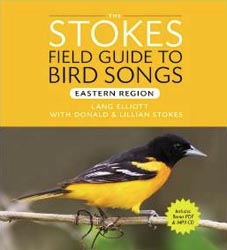 Stokes Field Guide to Bird Songs – Eastern Region
by Lang Elliott (with Donald and Lillian Stokes) – © 2010, Little, Brown & Company
A 3-CD encyclopedia of bird songs and calls covering 372 species living in the eastern half of North America. Compared to other existing audio CDs, this guide excels by including comprehensive coverage of each bird’s sound repertoire.
Purchase Here 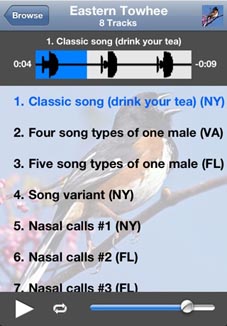 BirdTunes Suite of Apps for Apple Mobile Devices
by Lang Elliott and Harold Mills – © 2010, The Music of Nature
The BirdTunes suite of apps provide rapid access to the songs and calls of North American birds. The premium version features over 2400 audio recordings for 674 species of all of North America … more than ten hours of sound recordings at your fingertips! Compared to other audio guides to bird sounds, BirdTunes features multiple recordings for each species, including song variations and nearly all major calls.
Learn More Here (includes purchase links) 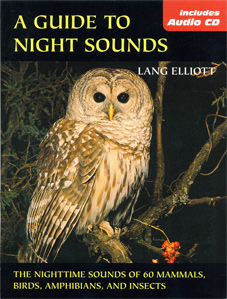 A Guide to Night Sounds
by Lang Elliott – © 2004, Stackpole Books
Designed for “family listening,” this audio guide features a narrated journey into the night that will captivate children and young adults interested in learning the voices of 60 mammals, birds, amphibians, reptiles, and insects that cry out in the night … hoots, croaks, peeps, and snorts galore! The book backs up the audio compact disc by providing natural history information and photos of each species.
Purchase Here 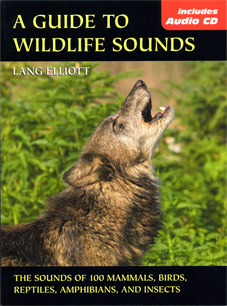 A Guide to Wildlife Sounds
by Lang Elliott – © 2005, Stackpole Books
A unique guide to the sounds made by 100 species of mammals, birds, reptiles, amphibians, and insects found east of the Great Plains. If you’re interested in learning to identify wildlife sounds commonly heard in your surroundings, this book and audio compact disc set is the perfect place to begin.
Purchase Here 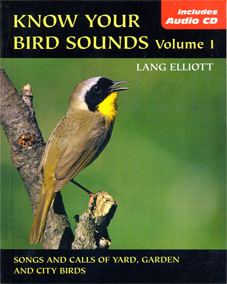 Know Your Bird Sounds: V1 – Yard, Garden & City Birds
by Lang Elliott – © 2004, Stackpole Books
A text and audio guide to the songs and calls of 35 common yard, garden, and city birds of eastern and central North America. The book includes natural history information and photographs of each bird. The accompanying audio compact disc concentrates on the “sound repertoires” of each species … not just song, but also the variety of calls and their meanings in the lives of the birds.
Purchase Here 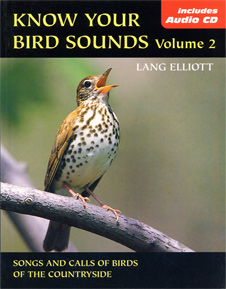 Know Your Bird Sounds: V2 – Birds of the Countryside
by Lang Elliott – © 2004, Stackpole Books
A text and audio guide to the songs and calls of 35 common birds of meadow, woodland, marsh and seashore habitats in eastern and central North America. The book includes natural history information and photographs of each bird. The accompanying audio compact disc concentrates on the “sound repertoires” of each species … not just song, but also the variety of calls and their meanings.
Purchase Here 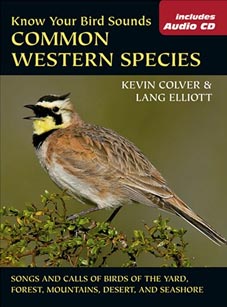 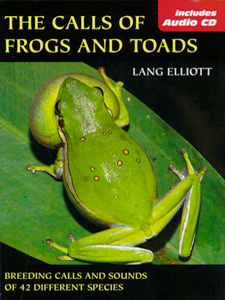 The Calls of Frogs and Toads
by Lang Elliott – © 2004, Stackpole Books
A comprehensive guide to the calls of 42 species of frogs and toads found east of the Great Plains. The booklet provides information about appearance and behavior, along with excellent photographs of each species. The accompany audio compact disc features excellent recordings of calls … not only the primary mating calls, but also release calls, rain calls, and aggression calls.
Purchase Here 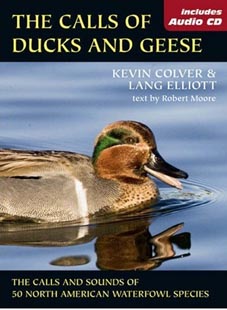