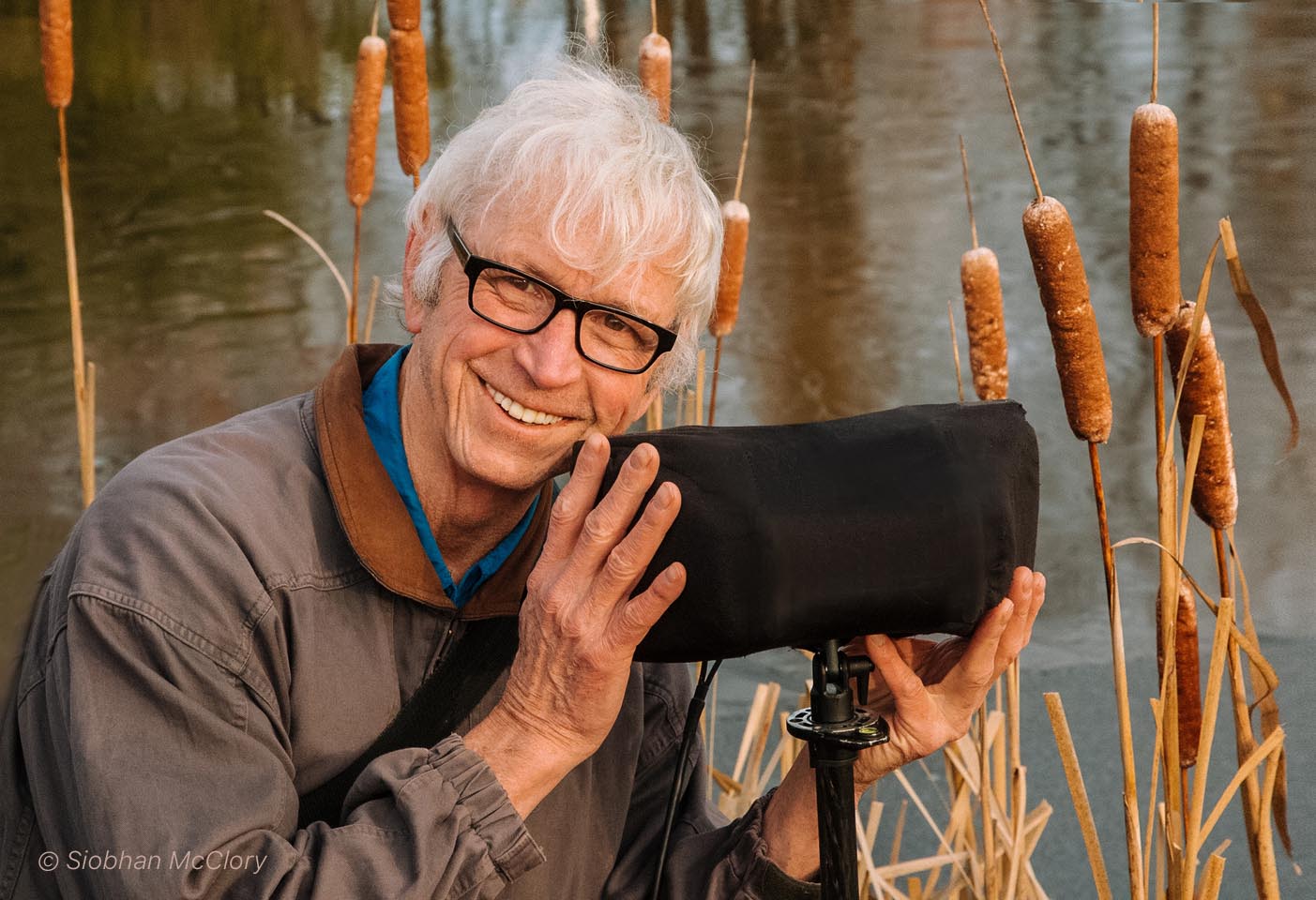 Me at pond’s edge with my beloved 3D soundscape microphone.

Hi friends! My name is Lang Elliott and I am the creator of Pure Nature, which features a large selection of immersive 3D binaural soundscapes that are suitable for relaxation and personal enjoyment. You may wonder how I got into this work, about what led me to travel a half-million miles to gather the recordings that form the basis of the app. So here is my story …

I have been recording the voices of nature for well over thirty years. I am the author of numerous audio guides to the songs and calls of birds, frogs, insects and mammals, and I am quite well-known in my field. 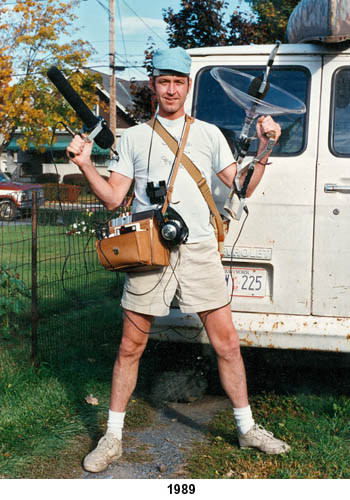 Early in my career, my primary goal was to capture close and clean recordings of particular species with the help of highly directional parabolic and shotgun microphones. The object was to extract a species’ song from its surroundings, thereby minimizing ambient sounds and isolating the song for clear and unambiguous listening.

Such recordings are incredibly useful when it comes to training people to recognize species by their sounds. I excelled at this process and not only published a number of my own guides to wildlife sounds, but also provided recordings for museum and nature center exhibits, as well as for movies and a variety of other projects. More recently, my “species-recordings” have found their way on to the internet and into smartphones.

Chasing after species and getting closeup recordings was a lot of fun and involved numerous expeditions to wild areas. The joy of the hunt and capturing each animals’ voice was truly satisfying. Nonetheless, over time, I found myself growing bored with the extraction-approach to nature recording and instead began to focus on the natural soundscape as a whole, on the full orchestra of sound flowing to my ears at any particular time and place. I became interested in the aesthetics involved, on what made natural soundscapes beautiful and uplifting, and on what constellations of sounds affected me in positive ways.

In order to share my perceptions with others, I began looking for an appropriate microphone technology that would allow me to capture and convey spacious 3D ambient soundscapes. After considerable research, I homed-in on the “binaural” recording technique, which utilizes special dual-microphone setups that usually resemble the human head (mine actually looks a bit different … see photo at top of page).

Binaural recording works by capturing the same spatial cues that our brains use to determine distances and directions of incoming sounds: 1) time arrival differences of sounds between the two ears, 2) intensity differences, and 3) phase differences. If a binaural microphone is properly designed, the resulting two-channel recording contains all the necessary information to re-construct a three-dimensional sound-field that closely resembles the actual outdoor listening experience.

The only catch is that one must use headphones in order to enjoy the effect. Why? Because it is imperative that the left ear hears only the sound recorded by the left microphone and the right ear hears only the sound recorded by the right microphone. In other words, the two channels must be kept completely separate. When headphones are used, such separation is accomplished, and binaural recordings impart a sense of spaciousness that is shocking in its realism. How fortunate I was to have discovered this splendid recording technique! 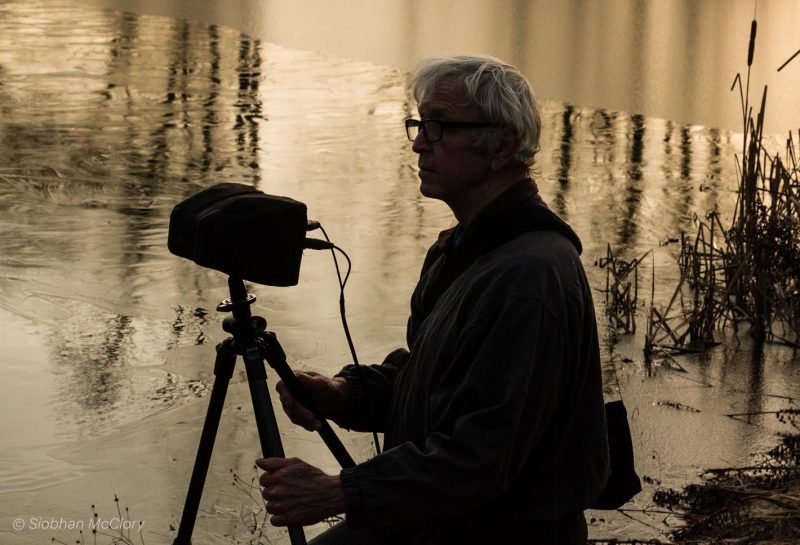 Equipped with my trusty binaural microphone, I began exploring wild areas across North America in search of pristine natural soundscapes. I visited forests and prairies, high mountains and deserts, southern swamps and northern lakes, ocean shores and seabird islands. Altogether, I traveled over a half million miles, collecting hypnotic earth sounds such as thunder, wind, rain and waves, along with rousing dawn choruses and the mysterious voices of the night.

Through repeated, in-depth exposure to nature’s melodies, I soon developed a deep appreciation of their healing qualities and came to regard myself as a “sound healer” of sorts, with a focus on the voices of nature. I likened myself to an herbalist who goes into the forests and fields in search of medicinal herbs … but I head into the wilds in search of immersive and atmospheric soundscapes that are transportive, relaxing, and that have a tonic effect on one’s body and mind.

Not every natural soundscape has healing qualities. Some are too cacophonous. Others are dull and constricted. And many are polluted by the sounds of human machinery, barking dogs and the like. It’s not easy to find the right balance of sound … audio celebrations that touch and move us at the deepest level. 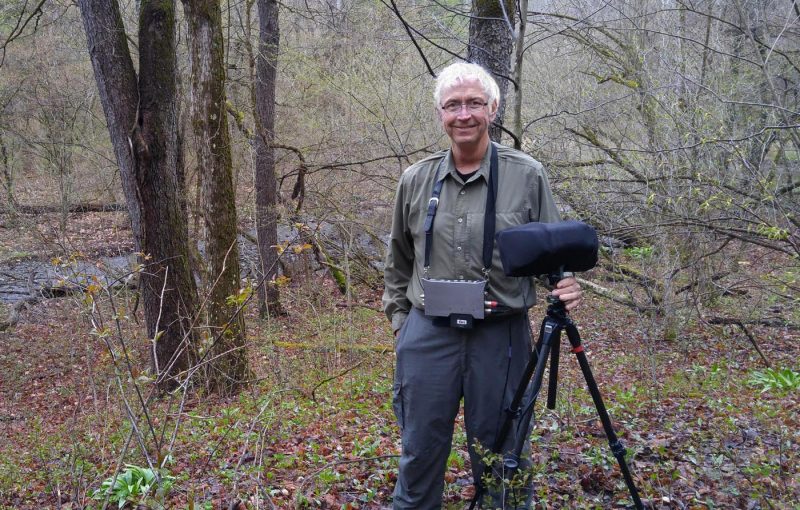 In large measure, my work is intuitive. There is scant research on the healing qualities of natural soundscapes and studies of aesthetics are rare. So I’ve had to develop my own language of appreciation and come to trust my inner promptings as I move about in the wilds, microphone in hand. To listen deeply, it has been necessary for me to quiet the chatter in my mind so that I can feel the subtle effects of what I am hearing and become more attuned to the extraordinary music that surrounds me.

Collecting natural soundscapes has been my passion for 20 years now and I’ve worked very hard to amass a large collection of high-quality binaural recordings from a wide variety of habitats and locations. My immersive 3D soundscapes literally “speak for themselves.” Many are supremely meditative, calming and sublime, perfect for inducing relaxation and a healing response. Others are engaging, captivating and awe-inspiring, and provoke a sense of amazement at the powerful auditory expressions of wild nature. I am also confident that the vast majority possess an artful quality, the result of careful microphone placement in remote natural areas where one can still experience relief from the incessant noise of civilization. 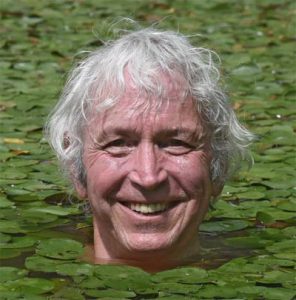 As you can imagine, I am very pleased to have created Pure Nature, which showcases my best work. I consider it to be a gift of sorts, from me to you, and a heartfelt invitation to immerse yourself in the healing voices of the natural world.