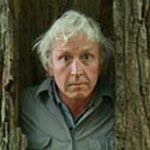 The Music of Nature Blog

Hi Friends! Welcome to my Music of Nature blog, an ever-growing collection of free online articles, place-based celebrations, audio postcards, photo and video studies, musings and more … all created in celebration of the voices of the natural world.

Scroll down to access recent publications or else drill down via the category links. You may also search for specific content (such as individual species) by using the search box below. 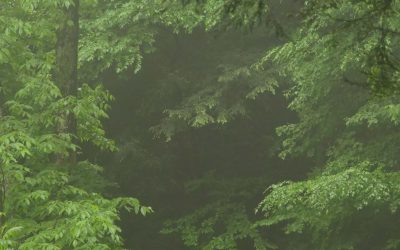 It is dawn in midsummer after a night of rain. Drip falls from the treetops, splatting against leaves and the ground. Wood Thrushes sound off in the distance and a lone cricket trills. Such an exalted mix, an elixir so pure. How careful we must be to keep our minds calm and quiet and our senses free of interference, so that we do not miss the extraordinary beauty that nature showers upon us.

END_OF_DOCUMENT_TOKEN_TO_BE_REPLACED 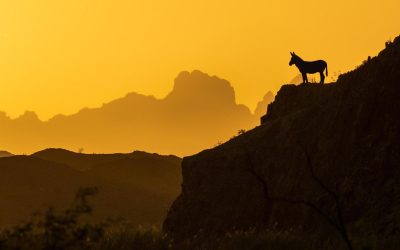 In early April, we travel to the remote Picacho State Recreation Area located along the Colorado River, about 25 miles north of Yuma Arizona. We camp next to Taylor Lake, which is edged with cattail marshes. At night, wild burros sound off, their whining brays echoing across the marshland. Finally, two coyotes erupt, their ecstatic howls and tremolos ushering in the dawn.

END_OF_DOCUMENT_TOKEN_TO_BE_REPLACED 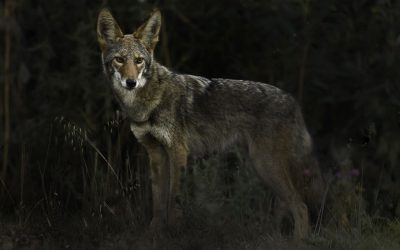 It is late summer in the Finger Lakes Region of upstate New York. As night unfolds, crickets trill, their songs mesmerizing and tranquil. Then, without warning, Coyotes howl and yip, their reverberant echos reaching out in all directions. Exhilarating, intoxicating wild music, flowing deeply into the recesses of our minds.

END_OF_DOCUMENT_TOKEN_TO_BE_REPLACED 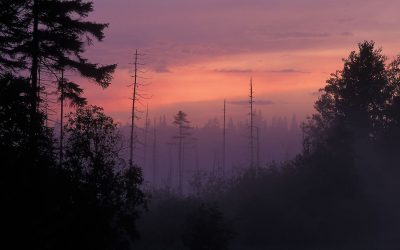 Last week, I went on a brief camping trip to the Adirondack Mountains with my friend Beth Bannister. Late summer is a quiet time in the Northwoods, so our expectations were low. Although we had bad luck at first, something wonderful happened during the last night of our journey. At Helldiver Pond, deep in the Moose River Plains, we got lucky and captured a wonderful Coyote performance that ranks among the most compelling in my collection.

END_OF_DOCUMENT_TOKEN_TO_BE_REPLACED 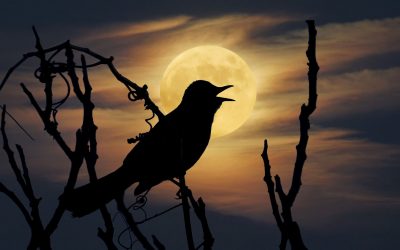 In late May of 1991, I came upon a gray catbird singing at night under a full moon, with bullfrogs and green frogs sounding off in the background. I documented the event with my parabolic microphone, which, unfortunately, was a single-mic setup that produced a recording devoid of any sense of space. Join me as I attempt to breath new life into that recording by transforming it into a spacious binaural listening experience.

END_OF_DOCUMENT_TOKEN_TO_BE_REPLACED 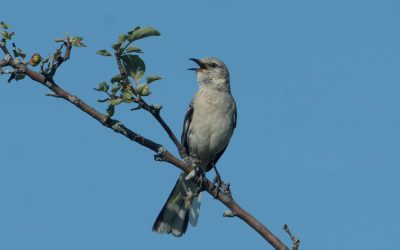 Enjoy this 4K video featuring a Northern Mockingbird singing from its perch in an apple tree. If you know your bird sounds, you should hear phrases that remind you of the songs of northern cardinal, tufted titmouse, blue jay, gray catbird, white-breasted nuthatch, wood thrush, eastern towhee, northern flicker, hairy woodpecker, red-bellied woodpecker … and maybe more!

END_OF_DOCUMENT_TOKEN_TO_BE_REPLACED 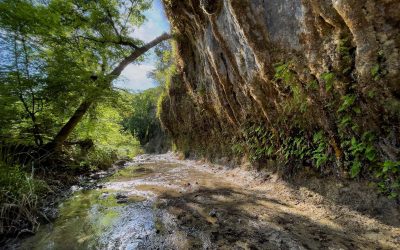 In mid-Apri, I visited Lost Maples State Natural Area in the Texas Hill Country. Shortly before dusk, I hiked to the Grotto, a drippy limestone bluff overhang located along a tributary of the Sabinal River. There I recorded the variable plops, plinks, splats and thunks of droplets landing in pools or on wet stones in the stream-bed below … while a pair of screech-owls added their musical trills to the magic of the night.

END_OF_DOCUMENT_TOKEN_TO_BE_REPLACED 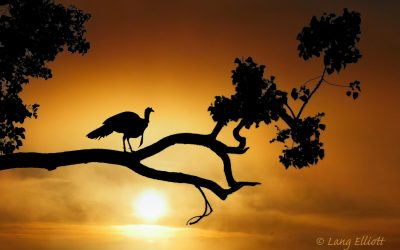 During my recent visit to Aravaipa Canyon in early May, I captured a pristine soundscape featuring a flock of Wild Turkeys, calling excitedly at dawn from their roost in a towering cottonwood tree. You’ll love it … a potpourri of yelps, gobbles, purts, and mysterious low frequency hums that are only audible from a short distance … “turkey talk” at its very best!

END_OF_DOCUMENT_TOKEN_TO_BE_REPLACED 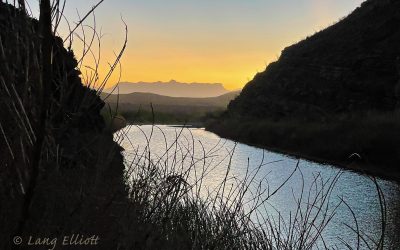 At first light, I hike into Santa Elena Canyon in Big Bend National Park. Gusty wind blows through a dense thicket of stiff reeds, producing a plethora of snaps, crackles and pops. Frolicking ravens croak repeatedly as they fly up and down the Rio Grande River, their calls echoing off the steep cliffs above. Such a pleasing, enveloping mix of the sounds of the wind, ravens and reeds!

END_OF_DOCUMENT_TOKEN_TO_BE_REPLACED 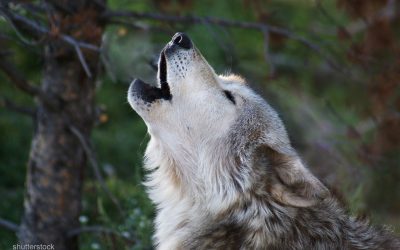 While I’ve recorded in wild areas across North America for over 30 year, there is one species I’ve had trouble documenting … the Gray Wolf. Until last week, I had only managed to capture one recording of this timid and elusive mammal… the distant howls of a lone individual sounding off in the middle of the night in the White Mountains of Arizona …

END_OF_DOCUMENT_TOKEN_TO_BE_REPLACED 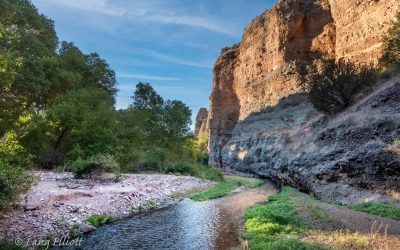 I cannot tell a lie … I am the Aravaipa Dreamer. Day in, day out, I dream of being in Aravaipa Canyon, one of my favorite places on Planet Earth. And now it appears my dreams will come true. In early March, I will be embarking on a three-month nature recording expedition to the Southwest …

END_OF_DOCUMENT_TOKEN_TO_BE_REPLACED 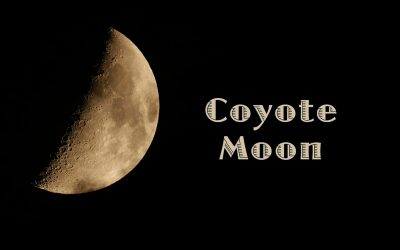 While sifting through recordings yesterday, I came across my all-time favorite coyote outburst, captured shortly before dawn in the Great Smoky Mountains National Park, back in 2011. I was with fellow recordist Ted Mack. We set up camp at the Cade’s Cove campground, but didn’t retire after dark like all the other campers. Instead, we rushed off to hike the 10-mile loop road (which is closed at night for cars), stopping here and there in hopes of recording something interesting. We were not disappointed …

END_OF_DOCUMENT_TOKEN_TO_BE_REPLACED 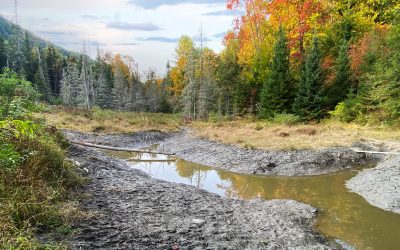 Busy as a Beaver

Early last autumn, I recorded the sounds of a beaver colony that had taken up residence in a nearby wetland. My venture was a success. Not only did I capture the scraping, chewing and moaning sounds of the beaver, I also documented periodic visits by barred owls, their resonant hoots echoing across the landscape.

Although I’m happy with my recordings, a drama was unfolding that concerned me … a drought had nearly dried up the wetland, forcing the colony to move upstream to the last remaining section with water. In what appeared to be a frantic bid to avoid catastrophe, the beaver quickly built a new dam, constructed a new den, and then began deepening the channel by shoving large amounts of mud on to the banks … clearly a “last-ditch effort” to preserve their aquatic environment.

END_OF_DOCUMENT_TOKEN_TO_BE_REPLACED 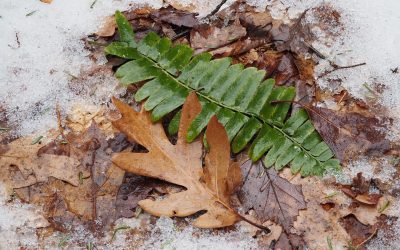 Happy New Year 2021! After nearly a year of ignoring my blog (a break I sorely needed), I’m jumping back into it, with the goal of posting regularly in the weeks and months to come. To commemorate the new year with nature sounds, I spent a number of hours attempting to record light rain falling in an oak woods, the raindrops splatting against compressed leaves and patches of snow. Altogether I’m quite happy with the result …

END_OF_DOCUMENT_TOKEN_TO_BE_REPLACED 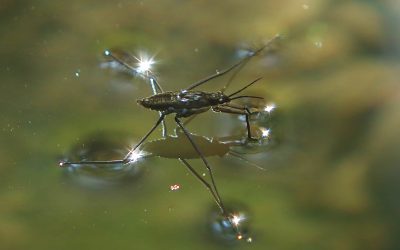 The Wat’ry Mirror – A Celebration of Water Striders

Not long ago, I became entranced by Water Striders inhabiting a small brook … the remarkable shadows they cast on the bottom of pools, the bright “starburst” reflections where their feet touch the water, and the wonderful play of light on the water’s surface when they skitter here and there.