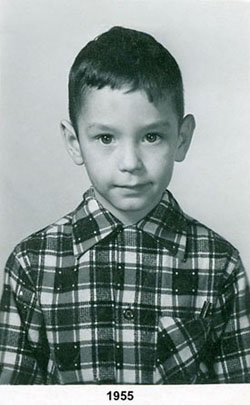 Born in 1948 in a small midwestern town, I was a nature child from the beginning. I loved to roam the fields and forests around my home, observing and collecting creatures of all sorts. I was particularly fascinated by pond life. I well remember bringing home a jar full of wriggling things . . . a real mystery to me . . . only to discover they were mosquito larvae when the adults emerged and our house was suddenly full of buzzing biters (to my mother’s horror!!).

My parents bought me a microscope and I spent many hours transfixed by what I found: amoeba, paramecium, euglena, vorticella, stentor . . . not to mention horsehair worms, planaria and a host of other incredible, amazing creatures. I became so knowledgeable about pond life that my sixth grade teacher actually let me give a lecture to my class (which my classmates really enjoyed … except when I gave them a pop-quiz at the end!).

Surviving high school and its incessant social pressures, I headed to the University of Missouri. There I got stuck in a “pre-med” program for over two years where the focus was on genetics, cell biology, anatomy, physiology, and the like. Out of desperation, I decided to deviate from my adviser’s advice and take courses in plant taxonomy and herpetology. Those courses, which included lots of field work, changed my life – I got off the pre-med track and began studying field biology and natural history. A course in Animal Behavior (Ethology) really caught my interest and I decided that studying animals in the field was what I wanted to do with my life. 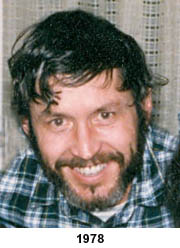 Graduating in 1970, I headed to the University of Maryland, where I immersed myself in the study of Animal Behavior and Ecology. I ended up doing a field study on chipmunks and obtained my masters degree in 1976. My thesis title was “The Social Behavior and Foraging Ecology of the Eastern Chipmunk (Tamias striatus) in the Adirondack Mountains.” My research was subsequently published as a scientific monograph by the Smithsonian Institution: “Smithsonian Contributions to Zoology, Number 265, 1978.” During my field study in the Adirondacks, my childhood interest in free-form nature study once again took root. Not only did I study chipmunks, I began paying attention to ALL the life-forms around me . . . birds, frogs, insects, trees, ferns, slime molds . . . you name it, I studied it! Lang-the-naturalist finally gets born!

Sensibly (or not), I decided to give up my academic pursuits and instead embark on a career as a freelance naturalist. I moved to the Adirondacks where I taught courses at a local community college and hired myself out as a nature interpreter and guide. This was great but didn’t yield much income. So, in the early 1980s, I landed at Cornell University for a brief stint as a grad student in Environmental Education. This led to a job as bird photographer for the Cornell Laboratory of Ornithology, which I held from 1984-1989.

My time at the Lab of Ornithology fueled my long-time interest in nature sound recording. Using an old Uher tape recorder that I had bought during my grad school days, I began making field recordings of birds, frogs, and insects. Not content with just placing my recordings in the Lab collection and letting others figure out what to do with them, I invested in some basic studio equipment so that I could do my own productions.

Luckily, I was able to get a grant from the Library of Congress National Library Services for the Blind and Physically Handicapped. Aided by this funding, and still working for the Lab of Ornithology, I completed my first audio production, “A Birdsong Tutor for Visually Handicapped Individuals,” which became part of the Library of Congress’ well-known talking book series.

Encouraged by the success of my first production, I decided to take the plunge – I left the Lab of Ornithology and formed a small business called NatureSound Studio, dedicated to celebrating the voices of our native birds, frogs, insects, and mammals. In the late 1980s and early 1990s, I traveled extensively throughout eastern and central North America, visiting all major habitats, with the goal of building my sound collection so that I could create and sell my own audio guides.

Making my home in a converted chevy van, I explored forests and fields, southern swamps and pine woods, prairie potholes and marshes, northern forests and lakes, seashores and islands. During the winter months I would busy myself organizing my collection and doing preliminary editing in my studio. After just a couple of years of field recording, I began pumping out my very first audio guides (“Know Your Bird Sounds”, “A Guide to Night Sounds”, “The Calls of Frogs and Toads”, and others). With the help of a publisher who agreed to distribute my titles, I went from being nearly broke to having enough money to continue this amazing work. 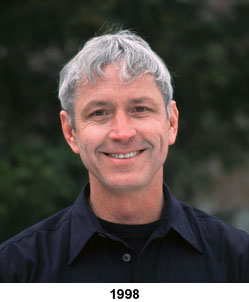 So that’s how NatureSound Studio got launched. While it did not prove to be a giant money-maker, it did manage to stay solvent through the years, allowing me to pursue my deepest and most heartfelt interests. For over twenty years, I continued my work with natural sounds, eventually adding photography, writing, and book design to the mix. I also became a major supplier of nature sound effects and my recordings have been used in hundreds of projects of varying scope. I will make no attempt here to describe all the details of my work life during the two “NatureSound Studio decades.” Suffice to say that I had a very good time and don’t regret a minute of it!

Backtracking a bit, there’s another part of this story that you might find interesting. Due to an accident with firecrackers when I was about ten years old, I lost my high frequency hearing. As a result, I cannot hear the songs and calls of many birds, and insect songs are practically non-existent in my sound-world. So isn’t it ironic that I ended up specializing in nature sounds? How on earth have I managed things?

Well, I found a solution. In the mid-1990s I worked with an engineer to co-develop a device called the SongFinder, a “digital bird song listening device” that takes high pitched sounds and lowers them into the range where I (and most other nature lovers suffering from high frequency hearing loss) can hear them. The SongFinder literally saved my @$$, allowing me to pursue my interests in spite of a major handicap. Do you have high frequency hearing loss? Unfortunately, the SongFinder is no longer available … I guess all good things come to an end, sooner or later.

In the mid to late 1990s I began spending lots of time in the field photographing birds, especially singing birds. This was not a random effort … I actually had specific goals in mind. In 1998 I completed my first book, which was published by Houghton Mifflin Company. “Common Birds and Their Songs” (co-authored with photographer Marie Read) was a smashing success. Within a year, I came out with my second book, “The Music of the Birds: A Celebration of Bird Song,” which featured my singing bird photos. More books soon followed, including “The Songs of Wild Birds,” “The Songs of Insects,” and finally “The Frogs and Toads of North America.” Although some have gone out of print, all these titles are still available, either new or used. Go here for a current list with purchase links. So, that’s five major books projects completed in a decade! Not bad considering all the work that goes into such things, plus the fact that I designed the books myself.

Sometime around 2005, I began to experience inner rumblings. It was not that I had tired of going into the field to gather nature recordings. Rather, I felt constrained by focusing only on natural sounds, even with photography combined. I also felt limited by using books-with-cds as my main avenue of communicating with those interested in what I do. High speed internet intrigued me, and my desire to look more broadly at nature . . . to return to my nature study roots . . . began growing inside. I also found myself thinking more and more about adding video to my skills, and I watched with great interest the rapid evolution of communication technology.

Finally, in 2008, I formally joined the video revolution by purchasing a video camera setup. I then devoted my 2009 field season to gathering high definition video of birds, frogs, and insects. This was truly a time of transition and the results were spectacular. My work with insects in particular fascinated me. No longer tied to the nature sound theme, and with video camera in hand, I embarked on numerous “insect safaris,” magical excursions into patches of goldenrod and milkweed, marshes and meadows, shrubby tangles and dense forests . . . in search of whatever insects I could find. What fun. I felt like I was seven years old again, totally absorbed in nature, free of care and worry. Without doubt, I had found my way home and my thoughts of the future became bright indeed.

Having switched to a multimedia approach to nature appreciation, I began publishing videos on my Music of Nature YouTube Channel. The reception was encouraging and within a few short years I had over two million views! Continuing my work in the natural sound arena, I partnered with several fellow recordists to put together a comprehensive collection of North American bird songs and calls. This collection quickly found its way into several of the major “birding apps” in current use, and is featured in the National Audubon’s online North American Bird Guide.

Another pet project was to create an online store where folks can purchase premium-quality, pure nature soundscape recordings for personal enjoyment and listening pleasure. These would be un-narrated recordings … pristine nature of the finest quality available. I finally launched my Nature Soundscape Store in 2013 to a rather warm reception and I continue to refine my offerings. In concert with establishing my online store, I changed my official business name from “NatureSound Studio” to “Music of Nature.”

I also must mention that I recently created a 501(c)(3) non-profit organization called “The Miracle of Nature”. Although I spent nearly six months birthing the non-profit (I even created a website for it), I found myself in a quandary about its future. I quickly discovered that it would be a nearly a full-time job to create and run it. Unfortunately, I was unable to raise enough funds to continue the effort. So, at least for the time being, it sits there awaiting my decision to either proceed with it, or call it a day.

In early 2015, I was diagnosed with throat cancer and subsequently had an operation followed by radiation. The radiation therapy was brutal and I temporarily lost my voice. I am supposedly cured of the cancer, but the whole experience was a significant setback. Nevertheless, in 2016 I managed to go on two recording expeditions, and in 2017 I spent a full six months exploring the western states, gathering soundscape recordings and launching my Music of Nature Podcast Series.

After returning from my 2017 expedition, I began focusing on the creation of a mobile application that would allow me to share my most immersive 3D binaural soundscapes (which I’ve gathered through the years, as far back as 1993). I spent nearly a year working on the project and the app is now finished and will soon be available in Apple’s App Store … It’s even available for Pre-Order Now. As you might imagine, I am quite excited to finally be able to share what I consider my most promising work in the field of nature recording!

So that’s my brief history right now. Let us hope that it continues to expand into the years to come! 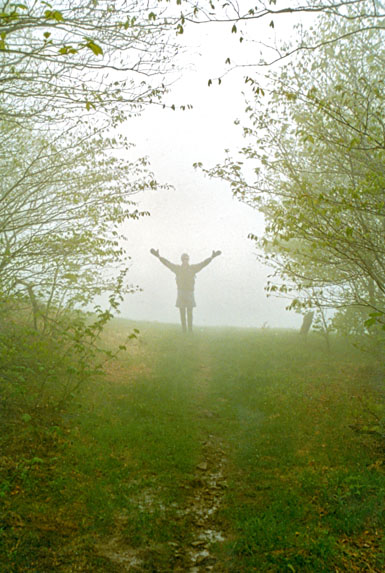