After posting a recording of underwater singing of Pickerel Frogs the other day (see Pickerel Frogs – Hydrophone Surprise), it occurred to me that I had collected a brief video of one singing, way back on 25 April 2009, my first year trying to document natural phenomena with DSLR video.

The above video features that old footage (I say old, even though it’s the newest I have). Not bad, considering that I was using a Canon 5D Mark II with early firmware that did not allow me adjust the f-stop of the video (hence the very shallow depth of field). Still, I managed to get useful results. Here in upstate New York, we have lots of Pickerel Frogs, but they’re quite touchy and difficult to videotape, especially when you shine a light in their direction.

Below is a recording of a group of Pickerel Frogs, singing from a small pond in the mountains of Virginia, not far from Staunton. The pond is on the back side of “Elliott Mountain,” if you can believe that (no acquaintance). My friend Ted Mack and I found this pond during the first night out of our very first recording journey in 1989. I’ve gone back to that pond dozens of times since, both to check on things and wallow in memories of that amazing first trip. I made this recording in 2006, with Ted Mack once again at my side: 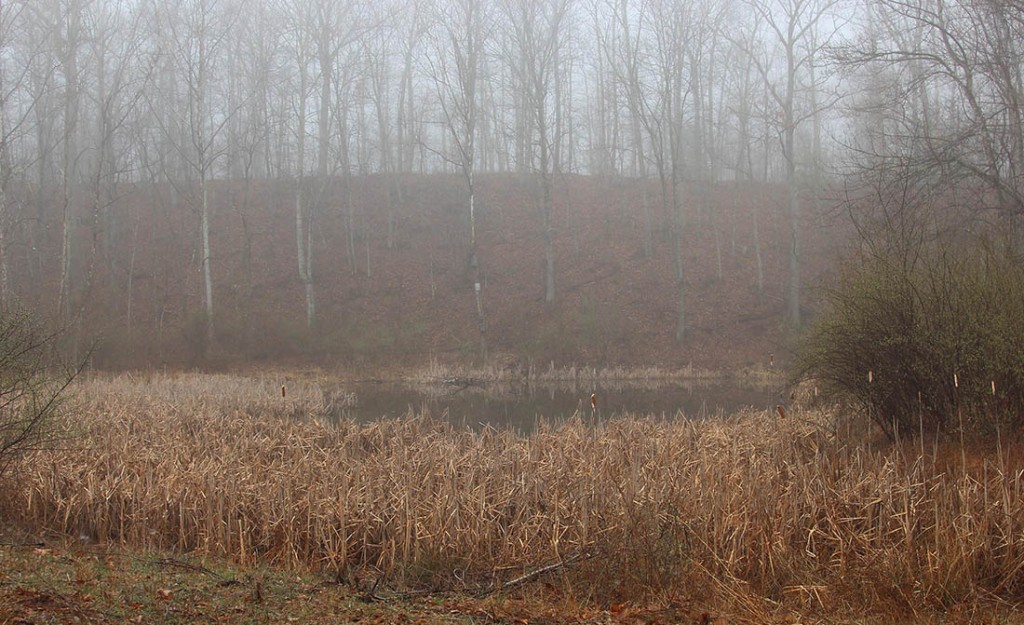 Thanks to you, and your Guide to Night Sounds, I was able to identify this sound that I heard yesterday while watching an incredible sunset. I thought of you as I listened to all the sounds, and made a video on my iphone so I could compare the sound later with your recording. The evening was so beautiful here on Cape Cod, I could hardly tear myself away, and envied you your vocation, and your camping out, listening to amazing sounds of nature. It is a balm for the heart, mind and soul to see and hear Nature! Thank you!

OMG, my cousin sent this to me because I told her I had a frog in my back yard that I swear was SNORING. Sounded just like my husband!!! I had no idea there is such an animal as a SNORING FROG !!! I was ready to get a box of those anti-snore nose strips and put one on him!

Fran: Depending on where you live, there are other “snoring” species that you could be hearing. Such as the Northern Leopard Frog over much the upper MidWest and NorthEast, the Crayfish Frog in good portions of the Midwest and Mid-South. Or the Gopher Frog in the Southeast.

yeah ! you’re back 🙂 missed your posts

I grew up in northern Minnesota. To hear frogs sing is to feel at home and happy. Do you ever record in Minnesota or in Wisconsin,where I live now?

Valerie: Many of my sound recording trips back in the 1990s and early 2000s took me to (and through) Minnesota. I really enjoyed Agassiz National Wildlife Refuge and various borderland areas to the north. Neighboring North Dakota held many jewels in the prairie pothole areas.

Hey Lang! Long time no see! Very glad to see that you’re regularly posting again! This is a fantastic video! Did I tell you I got into photography?

Good on you Zach … but what are you photographing?