Twilight Song of the Wood-Pewee 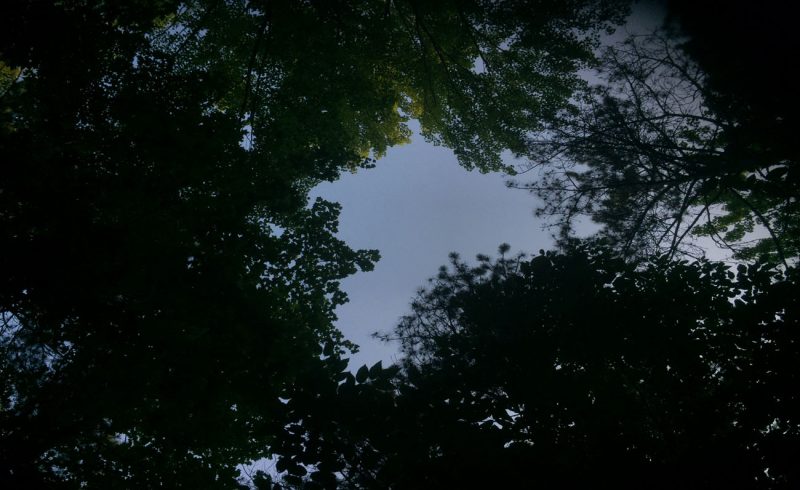 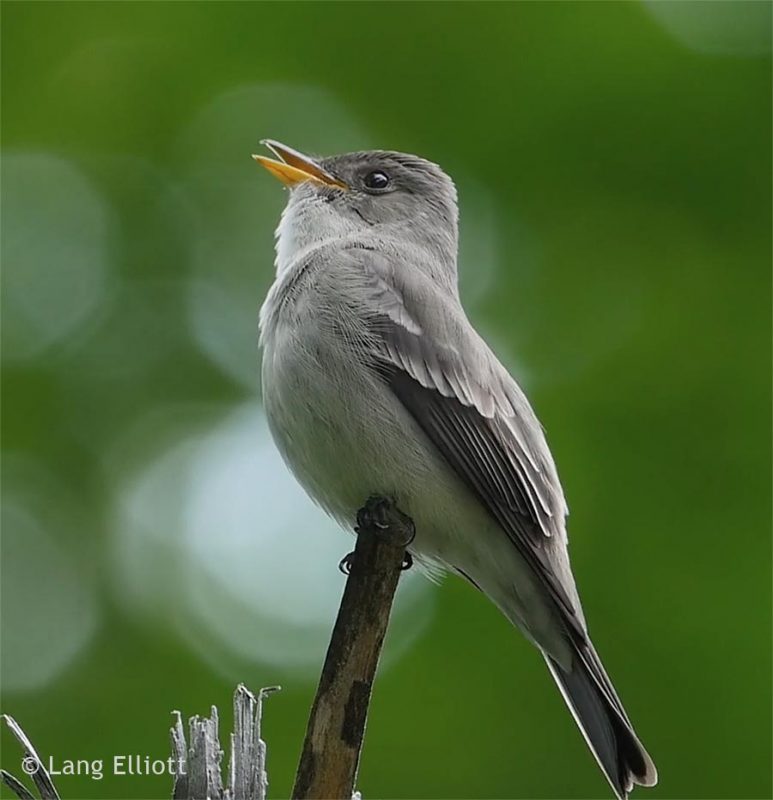 This morning at 4:00am, I arrived at my destination and within ten minutes I was standing quietly in mature hardwood forest, awaiting the first twilight notes from an Eastern Wood-Pewee that I had located the day before. At 4:25am, I heard a single, whistled pee-a-wee from perhaps a hundred feet away. I moved through the woods in the direction of the sound.

By 4:35 the male was singing full-tilt in the twilight. It took me nearly ten minutes to locate his position, somewhere high in the top of a giant oak tree. Other birds had begun singing and I feared they would drown-out his delicate whistles. But soon I had my parabolic microphone aimed directly at him (even though I couldn’t see him in the darkness) and I was able to capture the “twilight song” performance featured above. I am quite pleased with the result, including the background bird sounds (especially the Wood Thrush)!

Tranquil and calming, the plaintive notes of the Eastern Wood-Pewee have been variously described as sweet, pure, peaceful, serene, and sad. The pewee’s daytime song is composed of two slurred, whistled phrases — a wavering pee-a-wee and a downward pee-oh. Delivery of these phrases is leisurely, with long pauses of five or ten seconds between. The pee-a-wee phrase is usually given more frequently, with the down-slurred pee-oh phrases added every so often, as if to provide a sense of musical completion to the sequence: pee-a-wee … pee-a-wee … pee-a-wee … pee-oh … Here is an example of typical daytime singing:

While the leisurely daytime song is familiar to most birders living within the species’ range, the male pewee also sings a special version of song for about a half hour at the break of dawn and sometimes at dusk. Animal psychologist Wallace Craig was the first to describe this behavior in his well-known 1926 study, The Twilight Song of the Wood Pewee: A Preliminary Statement.

In the twilight song, the singing rate is much faster than in normal song, with only one to three seconds’ pause between phrases. Also, an entirely new phrase, sounding like ahh-d’dee, is added to the sequence. It is composed of notes that rise in pitch. A typical twilight song sequence might go like this: pee-a-wee … ahh-d’dee … pee-a-wee … ahh-d’dee … pee-oh, and so forth. And that is what you hear in the featured recording. A close-and-clean example follows:

If you want to witness the pewee’s spirited twilight performance yourself, locate a singing male during the day and then return the next morning well before first light. Find a comfortable log to sit on. Listen for the first plaintive pee-a-wee. The male will sing leisurely at first, but before long he’ll be piping his twilight song at full tilt. Quite often, the pewee’s song is the first bird sound you will hear. Within several minutes, however, other species begin to join-in, the pewee’s plaintive notes providing a measured counterpoint to what soon becomes a raucous chorus of avian musicians, celebrating the coming of the light.

To provide you with visual feast, below is a video I put together last year. The last half features twilight song, but not videotaped in the twilight. It just so happens that the twilight song pattern often occurs during aggressive encounters, or the case of my video, after performing a song playback to entice the male to come into view.

[…] 40 minutes at dawn and few times at dusk, probably not so long. You can listen and watch the songs here: moreover, Dr. Wallace Craig (Famous Animal Psychologist) researched the bird’s behavior in his […]

Thank you for the lovely bird posts.you are very thoughtful for sharing. I enjoy the sounds of nature.

Sorry if you are receiving this upside down,lol.

are you doing a yogic headstand?

Lol. No . I don’t know why the photo, the Gravetar did that. Maybe I’m a Whitebrested Nuthatch!

You no doubt can fix it at the Gravatar website.

Thank you, that learning experience was wonderful. Beautiful capture and clear voice.
Can you do the same with a Eastern Bluebird? Please?

I love all the birds that sing in the back also. Lovely and calming.

That’s my impression, but it’s good to know that others are affected in the same way.

Thanks Rose Ann … please do spread the glory!

I’ve wanted to hear this and haven’t managed to get somewhere that I could have access that early to listen. Thank you so much for sharing this! This is a truly beautiful recording of a magical song – and the Wood Thrush in the background is perfect. I really like hearing the Pewee as the featured singer – it’s not always about the Wood Thrush!

Lisa: Just the right amount of Wood Thrush, I believe. Later sections of the recording don’t include the thrush, but I decided to feature this section because it seemed the prettiest. I recorded the pewee on two mornings. Wasn’t easy to get close and get him in the focus of the parabola. Their song is not very loud in comparison to the other birds, which made the parabola necessary (I generally use my soundscape mic, which doesn’t amplify on-axis sounds).

Gad, that Wood Thrush has to be one of the most exquisite songsters. Might they mimic another birds song or squeaky object like the Mockingbird? Or is the song all their own like the American Robin?

Fantastic video – I wonder if that fly “wriggled and squiggled and tickled inside”. Love the pewee sound, and, of course, that thrush!

as for the fly, i just read a cat meme has cats calling them “sky raisins” 🙂

truly lovely,and like the thrush accompaniment. i love pewees. a few years ago i did not konw what they were and heard them all the time, as did a friend of mine so we were on a mission to find out what they were. why we didn’t think of just entering their sound into google i don’t know. i mean we were describing it but didn’t write ‘pewee’. so now when i hear them it makes me smile. this really is a nice version of them. they add so much to the whole of the woods. their frequent sound is… Read more »

Wow, so awesome seeing him come back with a fly and gobble it down. Amazing video and recording, Lang!

His voice is very striking and beautiful. Enjoyed!

No other bird has a song like his. In a natural context, it’s really quite beautiful. Though fairly soft in comparison to the songs of most other birds, the pewee’s unique melancholy whistles can easily be peceived even in the busiest of choruses.

Click here to find out how.
wpDiscuz
29
0
Would love your thoughts, please comment.x
()
x
| Reply