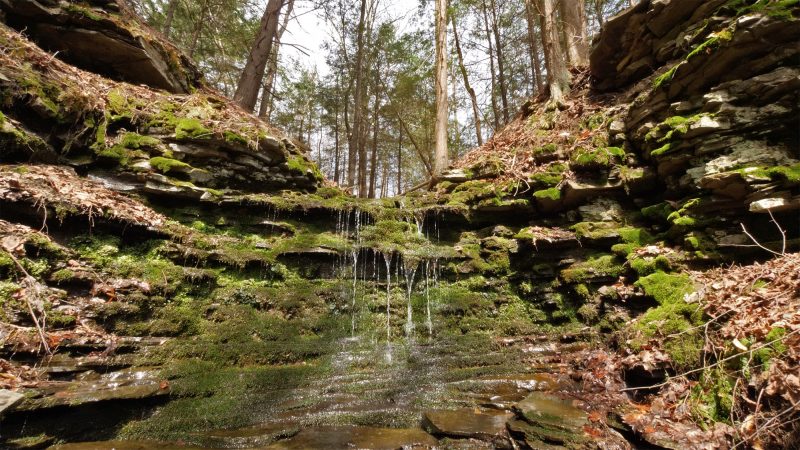 Hi All! Now that spring has come to upstate New York, I’ve decided to drive south toward heat and mosquitoes. Go figure … sometimes I do just the opposite of what a “normal” person would do.

My plan is to gradually work my way down to the Everglades, gathering binaural soundscapes and supportive materials for podcasting about my adventures. I won’t be producing podcasts during my trip because, as I learned the hard way, there just isn’t enough time to craft podcasts while I’m on the road. Doing so would rob me of too much precious time in the field. However, I do plan to share my adventures in almost-real-time through periodic blog posts as well as posts on Facebook. If we’re not yet a friends on Facebook, please go to my profile and make a request. Even if I don’t know who you are, I’m likely to OK your request if your profile shows that you’re a nature enthusiast: Lang’s Facebook Page

In case you’re interested, here’s my approximate itinerary (subject to changes, of course, due to weather and other unforeseen circumstances):

1. George Washington National Forest near Staunton, Virginia. I will visit a location on Elliott Mountain (no relation to me) where I often spend my first night out when venturing southward, and which is often my last stop when returning home from an expedition. I consider it a “sacred” place of sorts … a small pond in the mountains where I stopped on my very first recording journey way back in 1988.

2. Cranberry Glades Botanical Area near Marlinton, West Virginia. This is a lovely bog nestled high in the mountains, with a great boardwalk. I’ve recorded there a number of times. This visit I plan to explore the trail that skirts around the bog and also get in and around the bogland area.

3. Great Smoky Mountains National Park, near Gatlinburg, Tennessee. I plan to record in Cade’s Cove at night and at dawn by biking the loop road after they close the gate to cars. At the far end of the loop, there’s a swampy area with minimal stream noise and lots of coyotes nearby. This could be a splendid adventure, but only if the weather cooperates. I will also try for a soundscape up toward Clingmans Dome, which is a good spot for Winter Wrens.

4. Okefenokee National Wildlife Refuge, near Folkston, Georgia. I’ll be canoeing-in for three days (two nights), and also recording along their wonderful boardwalk. Hope to get American Alligators bellowing in the darkness of the night, as well as and Sandhill Cranes sounding off at dawn.

6. Everglades National Park and Big Cypress Preserve not far from Miami, Florida. OMG, why on earth would I brave the heat and mosquitoes at this time of year? Well, because I think I can get some nice soundscapes, plus it’s an opportunity to touch base with the area and gather recordings that will help me do a killer podcast or two.

7. Applachicola National Forest near Tallahassee, Florida. This stop is optional and I’ll do it if I have the time on my return journey. My goal is to gather some nice ambient pine woods soundscapes. In the old days, I got mostly closeups of this bird or that frog. For podcasting, I need ambience to be used as a backdrop while speaking. So that’s one goal. The other is to get some decents photos of the habitat, which I never managed to do during earlier visits (I was too busy recording).

8. Chesapeake Bay Saltmarsh Habitats along the Eastern Shore of the bay in Maryland (including Blackwater National Wildlife Refuge). I have no binaural soundscapes from this habitat. Looking to find King Rails clacking, Seaside Sparrows, and a variety of other songsters. Maybe even Black Rail along the Elliott Island road. I recorded a Black Rail there way back in 1988, at the beginning of my recording career … I wonder if they’re still there? As an extension of this theme, I may also visit wildlife refuges along the ocean shoreline in Delaware, including Prime Hook NWR and Bombay Hook NWR.

Then I will head home, happy and content because my trip went far better than expected! 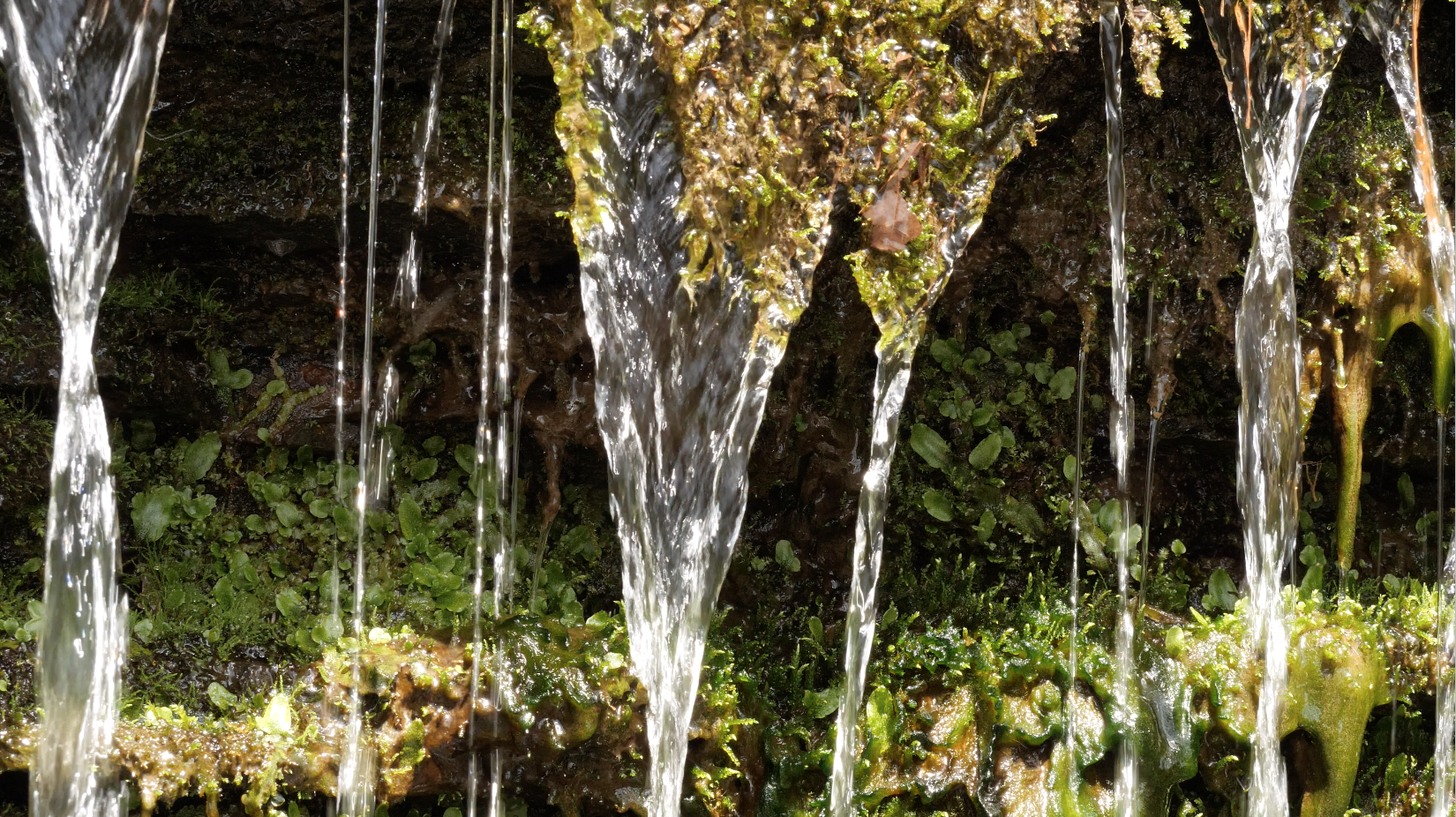 I suddenly thought that all this time the crickets I might be listening to (North Carolina) could be an American Toad! I found your wonderful video of the toads making music and I really enjoied it. Thank you for sharing and reminding others of the joy of nature!

Since you are heading south anyway, have you considered recording the evening sounds of the scissor grinder cicadas, then as they wind down at twilight continue with capturing the sounds of the katydids as they take over?

I was able to record Hieroglyphic Cicadas in Florida and Georgia. It was too early for Scissor-Grinders and True Katydids, which are mid to late summer singers.

Sounds like a great trip Lang. I look forward to hearing the recordings!

Oh, the language of nature. Beautiful. And Lang, normal is boring. LOL

Thank you Lang! This is just so beautiful, as is everything you do and share. ‘L O V E it all so much’

What a wonderful sound clip. Thank you. And for posting about your upcoming trip. It encourages me to get out on one of my own, doing what I love best — quietly looking and listening in beautiful outdoor places.

“Quietly looking and listening in beautiful outdoors places”. That’s happens to be my job … well, somebody has to do it!

Always exciting to know you’re out collecting more music of nature, so precious! And u won’t be far from us, once u get to the “heat & mosquitos” u mentioned. It’s a lovely, fairly quiet time of yr to visit tho’, except for the avian courtship & nesting activity among many of our local birds. We had a bad red-tide swirling here & there in this general area (Lee & Collier co.) for months & months last yr., but seem to be avoiding it this yr., so far – altho’ with warming seasons & oceans, that could change. I’m sure… Read more »

Beth: So you live down by Big Cypress? Maybe near Naples? One of my favorite spots is along the Loop Road in Big Cypress. It’s called Sweetwater Slough. Ever been there? In years past, there was always a White Ibis roost there, which I hope to record. The main thing I’d like to get is alligators bellowing.

Closer to Ft. Myers, Lang. It’s a beautiful area where we’ve been fortunate to make a life, & in spite of the warmer weather, there’s much to enjoy about the “off season”, before school gets out. (I’m thinkin’ u knew that.) Gators might be anywhere down here, but you’ve chosen a prime location for that in going to Big Cypress, no question! We’ve been there several times, but don’t recall the rd. u mentioned. Turner River Rd is one I remember, for sure. I’ll try to follow your trail of posts as u make your way south. Love the Shindagin… Read more »

Sounds like a wonderful trip and I am looking forward to experiencing your new soundscapes when they come out.

Sounds like my kind of trip, best of luck.

That must be an awesome job to have.Can’t wait to listen to your podcasts:)

Wish it paid more, but otherwise it is definitely awesome.

I still prize the boxed audio CD The Calls of Frogs and Toads from the old Naturesound Studio as well as a few environmental soundscapes (singing insects, frogs) also delivered on physical compact discs, still in my library, and the Songs of Insects book (wow)–all of them bought via the paper mail. Audio downloads and apps do not seem as exciting as the thing in hand. The web was a game changer and I have no idea how one makes a living recording and distributing these amazing soundscapes. So thanks so much for sharing them and taking us to extraordinary… Read more »

Thanks Steven. I imagine that spring has already passed by in the Ozarks. We’re about at the trillium peak right now. Leaves are just beginning to burst. It will be fun to drive south, passing through spring (except in the Smoky Mtns at higher altitudes, where I’ll travel back up here, so to speak).

I love that you do this. As the natural sounds around my wild place diminish, your recordings seem more precious to me than ever.

Thank you Peri. I’m packing today and hope to leave in the morning. It will be good to get back on the road.

p.s. Where are you located? Has spring arrived in your backyard?

Lang, I am a nature writer located in eastern Ontario, Canada. My home was chosen for its fairly wild location, including a wetland. Some spring birds appeared, including insect eaters, but lately I have the feeling that they’ve retreated somewhat because of the cold. We just had freezing rain! So not good for wildlife, pollinators etc., but still, every bit of this very late spring means a lot. I’ll look forward to stories of your journey.

Peri: Enjoy spring in all its glory! Over the next week, I will literally drive through spring and into summer (with the exception of my stay in the Smoky Mountains, where I will drive up, back into early spring on the high ridges).

Probably have to take a variety of clothing and gear to meet a wide range of weather conditions and temps. No small undertaking logistically speaking! Good luck, be safe!

Click here to find out how.
wpDiscuz
24
0
Would love your thoughts, please comment.x
()
x
| Reply