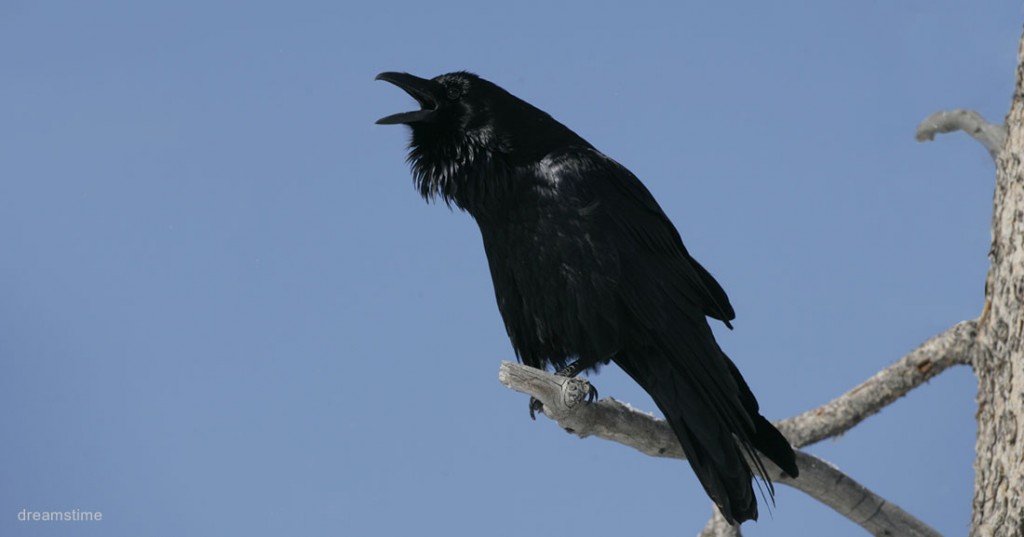 For two years now, we’ve had Common Ravens nesting in our neighborhood, in a dense Norway Spruce stand at the edge of our property. Their croaks and yelps are such a delight, adding a primordial sense of wildness to our little community at the edge of town. When I arrived in the Ithaca area back in 1985, ravens were a rarity. Occasionally I would hear their croaking in remote natural areas some miles from town. But over the last few decades, their numbers have increased and now it’s not unusual to hear them within the city limits.

This morning, at the break of dawn, I placed my soundscape microphone in the middle of the spruce patch. There I had discovered a small clearing with a large black cherry tree at its center. Below, on the ground, were a dozen or more white splats, droppings from ravens perched in the tree. I started the recorder and then walked away, retrieving it several hours later. I was confident I would get a good result, and I was definitely not disappointed:

The calls at the beginning are the begging calls of a young fledgling, anticipating the delivery of food from the parents. What follows is a wonderful series of croaks given by both parents, plus the whooshing of their wings as the fly around.

What a lucky catch … a pristine raven recording, gathered right at the edge of town!

Shirley: I don’t have any idea and I’m not sure if it’s been studied by field biologists. Whatever, it is one cool sound, don’t you agree?

That was really fun to hear! Thanks for sharing it, and all your posts. I’m so happy to see you’re back with new Miracle of Nature posts!

Thank you so much for this wonderful recording! I love the Ravens and look forward to their variety of calls as they fly over my pond. I especially like the “knocking” sound they make. So nice to have you and your entertaining website back online again. I look forward to all of the sounds and sites to come!

So cool, thanks for sharing. I love your website and blog!

I could happily listen to that all day.

So glad to have you back.

Jason: Actually, the folks that lives closest to the raven nest complain of the incessant noise … especially when the young are begging for food. We live far enough away that the various calls are quite pleasing as they echo across the landscape.

Click here to find out how.
wpDiscuz
9
0
Would love your thoughts, please comment.x
()
x
| Reply