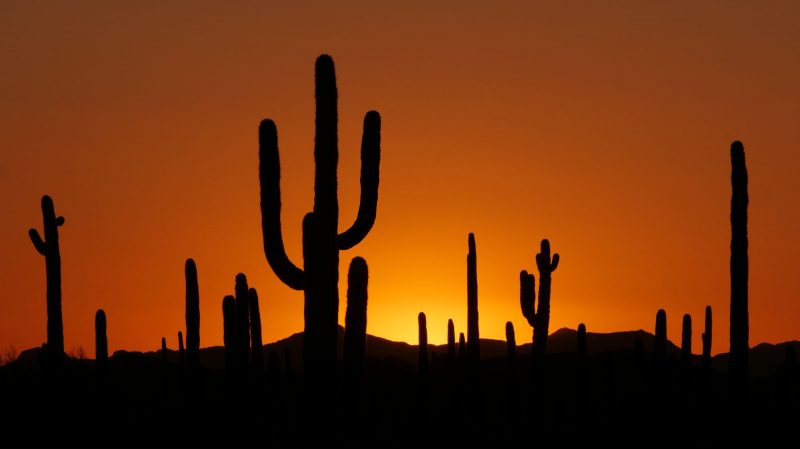 IN LATE MARCH, accompanied by my friend and fellow recordist Christine Hass of Wild Mountain Echoes, I spent nearly a week recording at Organ Pipe National Monument, in extreme southern Arizona next to the Mexican border. The Monument is an International Biosphere Preserve and is named after the Organ Pipe cactus, a Mexican species that only ranges in the United States in this area. 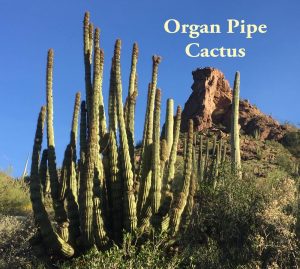 We camped in the Alamo Canyon Campground, which afforded good access to typical Sonoran Desert habitats. Located at the base of the canyon, the campground is characterized by a healthy population of Saguaro, Organ Pipe, Cholla and Prickly Pear cacti, along with Mesquite, Palo Verde, Creosote Bush, Brittle Bush, and Ocotillo.

I had very good luck recording in and around Alamo Canyon, both during the day and the night. Seven of my favorite soundscapes are featured below:

Owls of Alamo Canyon: A nighttime soundscape featuring the calls of three owls found in the Sonoran Desert region: Elf Owl, Western Screech-Owl, and Great Horned Owl. Listen also for the calls of a Common Poorwill. Recorded a short distance upstream from the campground. 4am, 26 March, 2017.

Quail in the Wash: Featuring the repeated plaintive calls of a Gambel’s Quail, along the the periodic coos of two Roadrunners (one near and one far). Listen also for the buzz of bees, songs of House Finches, croaks of a Common Raven, plus calls of both Gila Woodpecker and Gilded Flicker. Recorded in the dry wash next to the campground. 7:30am, 25 March 2017.

Oriole and Bees: A brief yet superbly immersive binaural sound portrait of a Scott’s Oriole, feeding in a flowering mesquite full of buzzing honeybees. Recorded in the dry wash next to the campground. 9am, 26 March, 2017. Listen over headphones for an optimal spatial effect!

Cactus Wind Song: An amazing and spacious soundscape celebrating the unique hissing sound of gusting wind rushing across the spines of an Organ Pipe Cactus. Recorded right next to the campground. 1pm, 30 March 2017. I really love this recording … please listen over headphones or earbuds if possible for the best spatial effect. 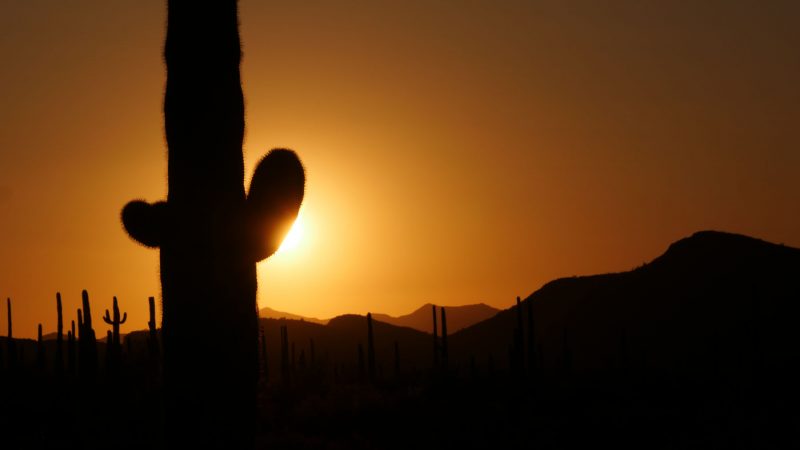 Cactus Wren and Friends: A portrait of a singing Cactus Wren, with a Northern Mockingbird sounding off in the background. Listen also for the coos of a Mourning Dove. Recorded just a few hundred feet from our camp. 7:30 am, 26 April 2017.

Flycatcher Dawn Song: A portrait of an Ash-throated Flycatcher singing in the twilight of dawn. Listen also for whimpers of Elf Owls as well as distant songs of Poorwill and Mourning Dove. Recorded along the trail not far upstream from the campground. 5:45am, 26 March 2017.

The above recordings are just a small sampling of all the wonderful sound impressions I captured at Organ Pipe. Now my challenge is to pull together a podcast celebrating the Sonoran Desert region … hopefully to be published within a week or two! As you might guess, it’s very difficult to be out there day and night doing the field work, while also managing to share my adventures with world at large!

Until next time … Adios amigos!

Just beautiful! Helps me appreciate the diversity, music and beauty of my surroundings (even in 118 degree summer heat!) We are treated to a similar morning chorus every day! Thank you for sharing!

Lang, you got to see a very unusual desert to say the least with some strange plants. The park has a neat road to take you all over the area for different scenes and settings. Such a great place to visit and see. Hard to imagine how the native population travelled and gathered food over the thousands of years.

I was lucky to find Alamo Canyon, which has a road that is open 24 hours a day. The main road to which you refer is unfortunately gated, and you can’t be in there after dark without a backcountry camping permit. Also, it turns out that Alamo Canyon has some mesquite thickets that you don’t find along the main park road.

Ah, the songs of home! Thanks Lang. You can hear the sounds over long distances and along the washes. Fabulous. I pity who travel down there and don’t get out in the ‘wild’ to hear these sounds.

Hi Lang! We miss you. Sounds like sand sifting through those organ cactus spines. Ruth

Yes, indeed, it does sound like sand, but no sand was blowing when I made the recording. The general idea is that the sound is made by wind rushing among the needles. The Organ Pipe cactus, with multiple fingers, sings more intensely than the Saguaro, which I also recorded singing.

Wow, Thanks Lang!
These are great recordings. They really reminded me of my trips to the Sonoran Desert — a place that redefines “desert.” I loved it there. The owls, flycatchers and rushing wind were really cool.

Diane: I really enjoyed my stay in the desert. Loved all the Saguaros, which make for some good photography.