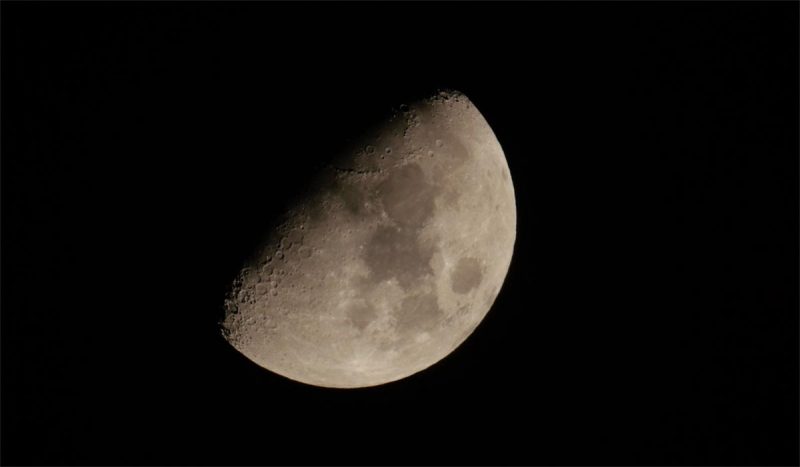 Northern Mockingbird singing at night with crickets and gray treefrogs sounding off in the background. 11:30pm 27 May 2016, near Upperville, Virginia. © Lang Elliott.

The Northern Mockingbird is well-known for its habit of singing at night. What most folks do not know is that the night-singers are primarily unmated males, which may sing almost continuously both day and night (especially when the moon is bright), in their quest to locate a mate.

I managed to capture the featured recording during my recent expedition, which began with a social event: my partner’s niece was graduating from high school and we went down to attend the ceremony. Given how close we were to Washington D.C., I never imagined that I would get a usable recording (too many cars and jets). But we spent the night in a ranch house surrounded by large fields, and as luck would have it, there was a resident mockingbird that sang throughout much of the night.

Resisting my urge to get some much-needed sleep (I was up until nearly 2am the night before, recording frogs), I ventured out around 11pm and walked a considerable distance to his singing tree, which was at the edge of a field. Crickets trilled gently from the grass and a chorus of Gray Treefrogs produced a drone from nearby forest, no doubt sounding off from a pond or swampy area. Not a bad catch for countryside near a major metropolis.

Although not exactly a meditative recording, I am quite pleased to document night-singing in this species, along with enough ambient sounds to add spaciousness to the recording. This particular singer is doing some imitations, but the majority of his phrases seem to be of his own device. Rather than analyze his song phrases, I’ve chosen to simply enjoy the soundscape without thinking too much about it. Mockingbird Nightsong, delivered to you on a golden platter!

I love listening to the Mocking birds here. I saw my first Scarlet Tanager this evening. I hope I see more of it.

I recorded the dawn song of a Scarlet Tanager just yesterday morning. The bird song season is already dying down, though there is still a very good dawn chorus at 5am.

A Mockingbird arrived at my Mom’s home last summer (in Westchester County, New York) at the time when her apple tree and pear tree were bearing fruit. To everyone’s joy and entertainment he has stayed through the colder seasons, with a constant supply of store-bought apples and pears as well as suet. His singing during the return of warmer weather has once again steadily improved. Now we realize that he is still unmated. Hope he finds a deserving mate, and doesn’t move far from his people family.

Judy: I wish your mockingbird the best of luck in finding a companion!

Mockingbirds seem to sing continuously at the Wave Hill gardens in the Bronx. My daughter and I call them the “hello good-bye” birds, because there is always one as one arrives, singing a welcome, and on leaving, singing farewell! Lovely soundscape, Lang, thank you!

Truly, the finishing touch is the cricket chorus. Almost sounds contradictory. I’d hardly believe it, except that I have happily been kept up many a night by amorous mockingbirds. Sigh!

It’s great that you noticed those crickets …

This wonderful bird will also readily, and immediately, carry on a back and forth conversation with you. I have recorded my local Venice, Florida singing male answering my feeble whistling – pathetic whistling – with gusto, and tolerance. He seems to appreciate and answer any nearby whistle. Try it! What a THRILL to talk back and forth to him! You need to change tunes every 2 or 3 bursts, or he’ll tire of your same old tune. Variety and prompt reply work — without fail – over several years and seasons. Try it – a thrill!

Why that’s amazing. So you’re saying it performs real-time, immediate imitations of the sounds you make?

Can’t wait to try it with our local (Oro Valley, AZ) mockingbirds!

Lesli: be sure to let me know what happens!

I live in the Texas Big Thicket so I am surrounded by birds and their songs all the time. I heard this beautiful music several nights in a row recently and it reminded me of a special time in my life several years ago. It was way after dark and I had the windows open. It was just a few days after my husband passed away. I was sitting in the dark, trying to think of how I was going to go on living without him. God must have heard me because all of a sudden, I was hearing this… Read more »

I’ve been to the Big Thicket … what a wonderful soundscape indeed, and all over south Texas for that matter. I have lots of recordings from down that way and hope to post a number of them in the months to come. My favorite night sound from down there? Pauraque!

Lang, I forgot to tell you that I have heard the Pauraque in the wooded area in front of my house. I think I mistakenly identified it as the Chuck-Wills-Widow when I first heard it. Changed my mind after I listened to the Pauraque on the Internet. Whichever it was, the song was beautiful. Thanks for all your hard work.

I love Pauraque sounds … got some very good recordings of them during trips to Texas and hope to post some of that down the road, either via a blog post or else by podcasting about my adventures.

Is it true that the Mockingbird is headed for extinction like the Saltmarsh Sparrows?
I hope that this isn’t true because I love the parrot like sound he has. . . it warms my heart 🙂
Bless you Lang for your determination to find his singing tree! Your golden platter is joyful.

I don’t believe the mockingbird is on the shortlist for extinction. They are quite common all through the southern states and elsewhere too.

It was a quiet moment in my Treehouse this rainy Monday morning. Your Mockingbird woke everyone up! Birds from all around are singing and chattering now! The sleeping frogs in the Koi pond are sounding, too! Fun

This brings me memories of our neighborhood mockingbird several years back. I stayed up all night once listening to his non-stop calls, enthralled with the continuing diversity of his song, like a stream-of-consciousness poet. So sweet. I haven’t heard one in our neighborhood in the past couple years and really miss it. Thanks so much for sharing this, and all you do.

Definitely a “stream of consciousness” kind of song pattern. One cannot help but wonder what type of consciousness could pour forth such a variety of sounds. What is the feeling-state of the singer? Feeling good? Apprehensive? Impatient? Desiring? One can only guess.

Studies have apparently shown that birds produce feel-good hormones like humans so they probably do sing some of the time just because they’re happy, and they’re happy too because they sing!

Yes, I’m aware of studies of starlings showing that males secrete opioids when singing. Not surprising, really. I have always believed that bird sing because it feels good. That way nature insures that they actually do it!

i love the “stream of consciousness” description

Wow, where do you live. They are all over the place here in Carrollton, Texas!!! Was just listening to one this evening while taking my dog out for his last walk for the day.

A few years ago, there was a Northern Mockingbird who would park himself on the “Resident Parking Only” sign across the one-way street from my apartment and sing all night long in spring. He did this for 3 years in a row, if I remember right. (I’m assuming it was the same male, but, of course, I can’t be sure.) He had a string of calls and songs – more than 8 the one night in particular I’m thinking of. It was delightful to hear his recital.

Of course, some folks might complain about that “danged bird that keeps me awake at night.”

Yes. That’s when running a sound spa at night is a big help, creating a buffer of white noise.

I don’t know how a single gal could resist this sweet talker. What a lovely series of calls. Thanks for sharing.

Really like this recording, went out last night around 8:30 p.m. to record what I could find ,can’t thank you enough for your efforts. You have reinforced my quest for sounds.

Dick: So how is your recording coming along?

I listen to this amazingly varied ‘song’ and defies any other bird songs. We do not have this bird up here in Minnesota/Wisconsin. Bumber! what an amazing bird song and your recording is PERFECT!! thanks

Love it! Thanks for sharing!

Where are the mocking-girls while this virtuoso sings his heart out to the moon? Fickle femmes, this fellow has “the Voice” to melt your hearts in crystalline, dreamy, magic. Perhaps they, too, enjoy his performance and have a pact not to respond so that he keeps on singing. Hmmm, never underestimate the wiley ways of womenfolk of any species. Wonderful catch Lang, a fabulous a capella solo. Entrancing, spellbinding, beneath the clair de lune.

The mocking-girls must be down at the frog pond, enjoying a skinny dip.

Very cool! I never knew that mockingbirds sang at night – let alone, that such singers are single males seeking a mate! I hope his effort was rewarded. Thank you for capturing his nocturnal serenades for us!

I too hope his effort is/was well-rewarded, though it seems late in the breeding season to still be looking.

Thank you for your will power and taking that long walk to share this with all of us. It makes a welcome background to my afternoon.

oh how funny, just as he was doing his wren impression, a wren started singing out in the woods.

not at all surprising!

wow, what a miracle he is, such a little artist. this is really a gift to hear. wish i could give him my thanks also.

What a wide repertoire your mocker has! Can you identify all the different songs he’s repeating? I heard several of the cardinal’s songs, but unfortunately do not know other songbirds. And nothing to separate out all the frogs imitations. I think there were some cricket calls in there, too? The mockers on our ranch do a lot of cricket and insect calls, along with some engine (tractor) imitations, LOL.

Wonderful collection, Lang, glad you stayed up for it!!

I think the vast majority of phrases are his own, but I do hear imitations of the following: Eastern Phoebe, Tufted Titmouse, Great-crested Flycatcher, Carolina Wren, American Robin, White-breasted Nuthatch, Red-bellied Woodpecker, and Killdeer. There are no doubt more, but I erred on the side of caution when identifying the imitations.

Click here to find out how.
wpDiscuz
48
0
Would love your thoughts, please comment.x
()
x
| Reply