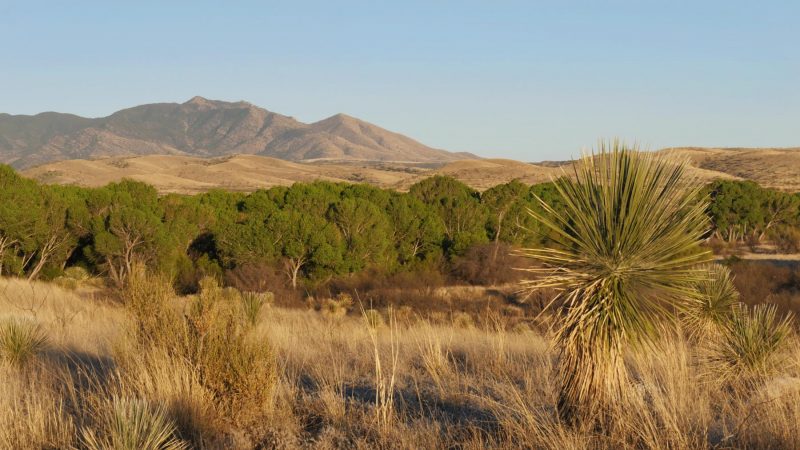 IN EARLY TO MID APRIL, I made two visits to Las Cienegas National Conservation Area (elevation 4600 feet), located about eight miles north of Sonoita, Arizona. Located in the transitional area between the Sonoran and Chihuahuan Deserts, the picturesque refuge comprises more than 42,000 acres of rolling grasslands with numerous riparian corridors lined with tall cottonwood trees.

Fellow recordist Christine Hass of Wild Mountain Echoes introduced me to the area, which is easily accessible and holds considerable promise for nature sound recording. Although still early in the season, I managed to get some extraordinary soundscapes, several of which are featured below.

Mattie Spring Nightscape: Along with the gentle trickle of water from the small spring-fed stream augmented by a pleasing cricket chorus, listen for the snores and chuckles of a Chiricahua Leopard Frog (possibly Lowland Leopard Frog?), and the toots of Western Screech Owl. Recorded at Mattie Spring in Las Cienegas National Conservation Area. 8:19pm, 6 April, 2017. 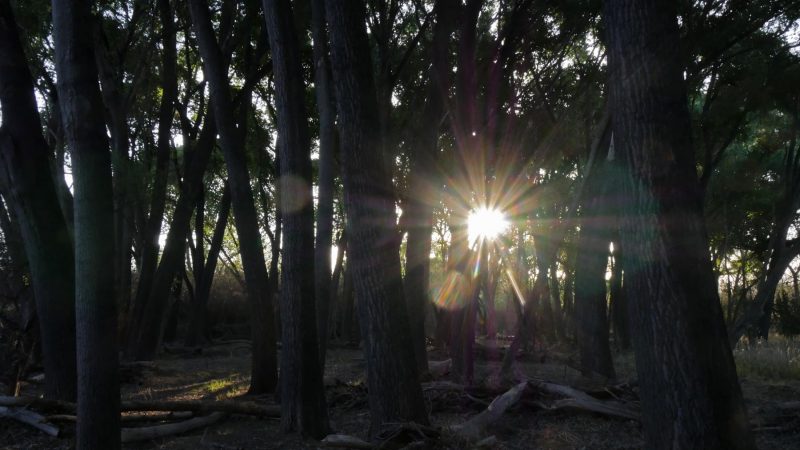 Chiricahua Leopard Frogs: A small group of Chiricahua Leopard Frogs sounding off in a spring-pool at Empire Gulch in Las Cienegas National Conservation Area. Listen also for a Common Poorwill, loudly calling at times. Air temperature was around 40F, which suppressed calling, but this single outburst of activity nonetheless occurred in the middle of the night. I had no idea the frogs were there; I had placed my microphone to record the dawn chorus, but let it run all night just in case. 1:18 am, 13 April, 2017.

I hope you enjoyed these recordings from Las Cienegas National Conservation Area. My plan is to revisit this wonderful refuge in early May, once the migrant birds are back. I’m sure the natural oundscape will be busier then, which should result in some wonderful recordings.

I was curious as to why one would hear the owls’ wings, when I’ve heard that owls fly silently due to the structure of their wings, for stealth purposes. So I looked up elf owls, and find that they feed on insects and invertebrates. I wonder if that is why their wings don’t need to be silent? Do you know?

Great way to start my day! I just love these recordings! Thanks for sharing!

Fantastic soundscapes Lang! These locations all have such amazing natural reverb.

I enjoy these recordings so much and I just want you to know I share them with my 3 cockatiels. They are spellbound by them but also make “comments,” too. They seem to know the raptor sounds which is strange since their kind is from Australia. Apparently there is something similar about the calls of raptors.

Cockatiels are the final arbiters in such things. Glad to hear they are spellbound, yet interested enough to make comments too.

Click here to find out how.
wpDiscuz
7
0
Would love your thoughts, please comment.x
()
x
| Reply