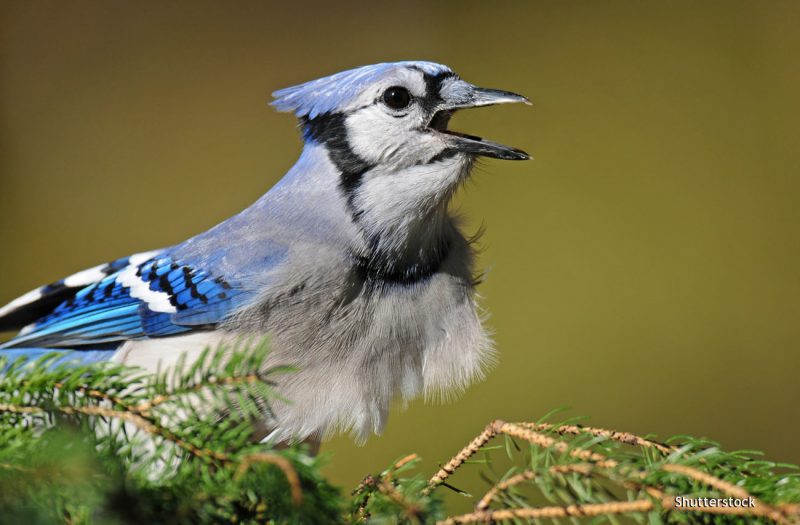 As autumn turns to winter, I find myself spending less time outdoors and way more time in front of my computer. Nonetheless, I have managed to get several new field recordings, the most interesting being a soundscape I recorded in Shindagin Hollow a few weeks ago. It is a lovely recording, documenting the excited calls of a group of Blue Jays, given as they search for food along the edge of a small, dried-up stream. A condensed, 10-minute version of the actual hour-long recording is featured above. 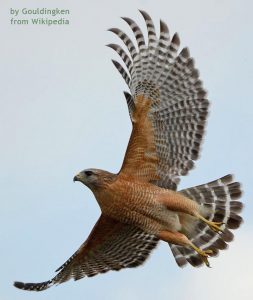 Although the jays dominate the soundscape (along with the soft trilling of Carolina Ground Crickets), the calls of a number of other species become evident later in the recording. Most significant are a number of loud outbursts from a Red-shouldered Hawk, heard first at around 3:30. A little later, a Black-capped Chickadee chimes-in with loud calls and an Eastern Chipmunk can be heard clucking softly in the background (the clucks are aerial predator alarm calls … he’s probably reacting to the Red-shouldered Hawk). At the end, a Gray Squirrel suddenly sounds off from an overhead tree, his harsh chucks being impossible to miss. Other more subtle sounds can be heard in the background throughout. Listen for the calls of robins, nuthatches, and perhaps kinglets.

I hope you enjoy this autumn delight. I was certainly quite happy to have gotten these wonderful sounds. My recording technique shouldn’t surprise you. I set my mic and recorder along the stream at first light and then went wandering with some friends. I returned an hour later, gathered up my gear and then headed in town to my studio, expecting a rather low-key result. Imagine my delight at discovering all the Blue Jay activity, and especially the Red-shouldered Hawk … I had no idea there was one in the hollow. And when I found the Gray Squirrel outburst near the end, I smiled from cheek-to-cheek. How fortunate indeed, and how nice to share this engaging soundscape with all of you!

This is wonderful! I love blue jays. Sometimes in my yard they fool me and mimic the sound of hawks. It always makes me look! I really enjoy hearing all the fluttering wing sounds on this recording, too. And the loud squirrel! Perhaps scolding the presence of human sound equipment? What a busy place!

I doubt my equipment was any concern … my mic and recorder were in a thick patch of goldenrod, hardly visible. Anyway, there’s human-made things all over the place and most wildlife seem unconcerned. I remember recording prairie potholes many years ago. We floated soundscape mics on fairly large inner-tube platforms placed where aquatic vegetation (cattails and rushes) gave way to deeper water. We were concerned that ducks and other water birds would avoid our conspicuous platforms, but we soon discovered they would swim right by, apparently unconcerned. We got amazing recordings as a result. While the ducks would fly… Read more »

Amazing! … Thank you for sharing the voices of critters hanging out amidst the hidden sound equipment. I can’t get over the sound of the red shouldered hawk in this recording along with everything else!

I adore blues. to me they’re somewhat of a bully bird, loud boisterous, announcing their presence but so protective.

I too love blues … “most” of the time anyway. Their steely calls certain enliven the fall and winter woods.

Lang, you are like a “Pied Piper” bless your heart for sharing 🙂

Lovely! Thanks for sharing!

I think I hear a titmouse after the first Red-shouldered outburst, but then there’s the clear chicka-dee-dee later. So glad to have learned from you that the prolonged clucking are chipmunks, not squirrels! Was this the morning we were out with you? Thanks!!

Ruth: Yes, indeed, this was recorded the morning I met up with you guys … sounds that were happening while we were up at the overlook.

The whole soundscape sounds so crisp and clear but with a sense of glowing lingering warmth – just like these autumn days. (But I must say, I am looking forward to when you will offer us March or April white-throats, heralding spring, and demonstrating their own unique type of freshness and crispness.)

Thanks for pointing out what exactly the chipmunk was clucking about. It’s very cool to learn there are specific calls for specific problems or situations. I also appreciate that you condensed an hour’s worth of recording into 10 minutes.

Thanks for another gem!

Thanks! The recording certainly does capture the essence of the early autumn soundscape. The morning was dead-calm, which is why the recording is so clear and crisp.

Note that it’s entirely possible that the first outburst of Red-shouldered Hawk at 3:30 is actually a Blue Jay imitation. I’m not at all sure of that, but it’s possible, I think.

Possible indeed! How many red-tailed and broad-winged hawks’ calls have turned out to be a blue jay’s clever imitations? So much in this recording–perhaps rose-breasted grosbeak chips and pileated woodpecker, too. Listeners should wear headphones to enjoy the amazing 3D aural experience this is.

BTW, is that the season’s last Carolina ground cricket trilling right along?

Oh phoo! I forgot to bring attention to the ground crickets, softly trilling in the background. I’ll add mention of that later this evening.