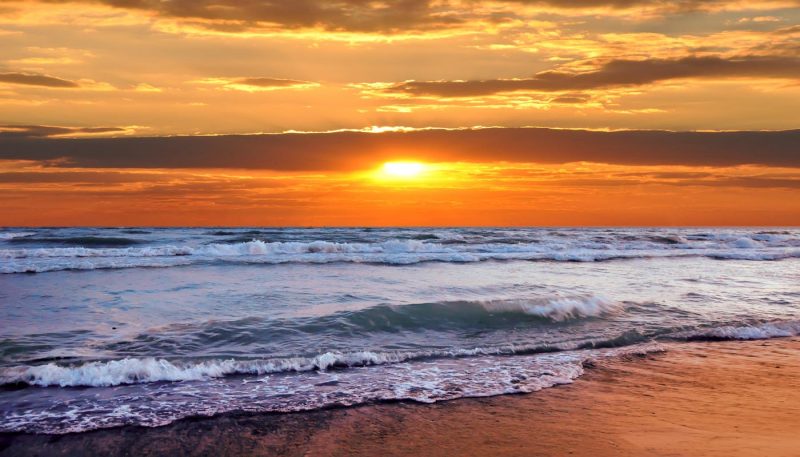 The rhythm of the sea, as expressed by the sounds of waves arriving at the shore, is at once engaging and relaxing, evocative and nostalgic. The voice of the ocean resonates with our primal interior, and induces a trance-like state that is rooted in our inborn awe of the powerful forces that dominate the natural world.

Ocean Waves features nine tracks, most gathered on seabird islands stretching from Maine to Newfoundland. A large variety of soundscapes are presented, ranging from huge swells cresting and crashing against immense boulders to gentle waves softly rushing on to beaches of pebbles and sand. All were made in beautiful locations where the view and smell of the shoreline and open sea combine with the soundscape to produce vivid and memorable multi-sensory experiences. 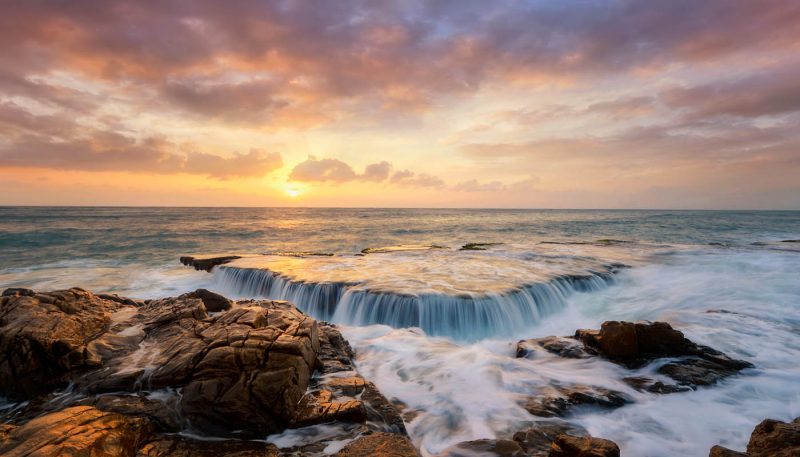 In late June, we spend several days in Maine at Seal Island National Wildlife Refuge, a 65-acre offshore island in Penebscot Bay. Cooperatively managed by the National Audubon Society, the island is the breeding site of atlantic puffins and both arctic and common terns.

Early one morning, we hike away from the tern colonies, heading toward the southern end of the island where we hope to find a wavescape that is not dominated by cacophonous seabird sounds. Though far from calm, the surf is fairly mellow, and we soon find ourselves sitting atop a large boulder, staring out to sea, all the while bathing in an ocean of relaxing sound enlivened by the excited calls of gulls. 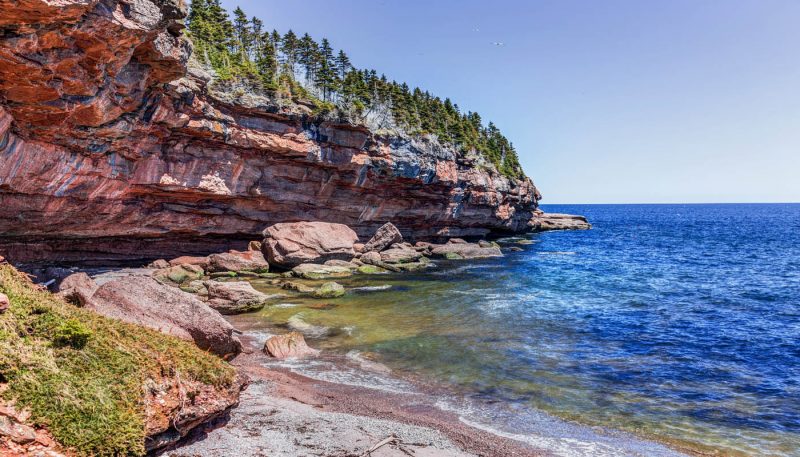 During a trip to the Gaspé Peninsula of Quebec, we make our way to Bonaventure Island, home to a variety of seabirds, including gannets, puffins, and murres. While the gannets make quite a clamor at their huge nesting colony, what delights us the most are the sweet nasal cries of black-legged kittiwakes, members of the gull family that are named for the distinct sound of their calls.

On the seaward side of the island, we hike a trail along the clifftops and soon discover a steep wooden staircase leading down to the ocean. Waves crash loudly against huge boulders, their low-pitched whomping sounds amplified by hollows at the base of the cliffs. The kittiwakes, nesting on ledges almost in reach of the splashing waves, sound off excitedly as they circle above their nests, some landing to feed their young.

We are captivated by the enlivening mixture of wave and seabird voices … such a rousing oceanic orchestra befitting the scene before us! 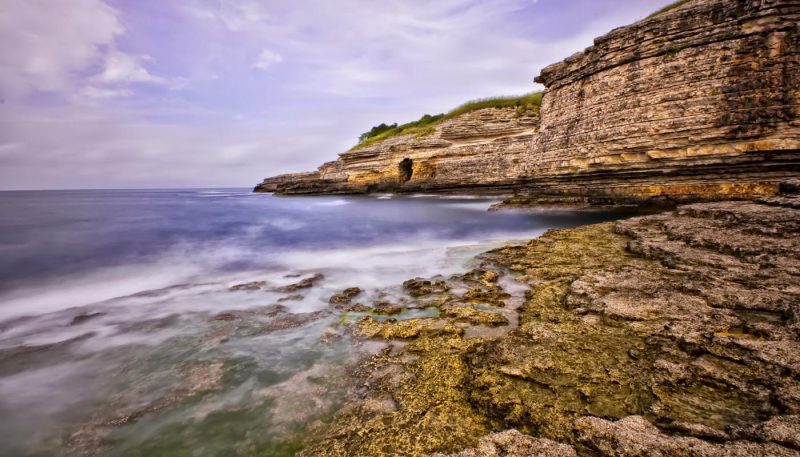 While traveling to a biological field station in the Bay of Fundy, we land on the picturesque Grand Manan Island, located off the coast of New Brunswick near the head of the bay. With only an hour to spare before our boat ride, we make our way to the bottom of the cliffs to enjoy the sound of the sea.

The tide is high and we feel a light breeze on our faces. We stand on a broad rocky ledge, the waves washing up and across the ledge, lapping against our feet, and refreshing numerous pools of water. We close our eyes and breathe-in this delicious soundscape, which helps steady our minds before we embark on the rest of our journey. 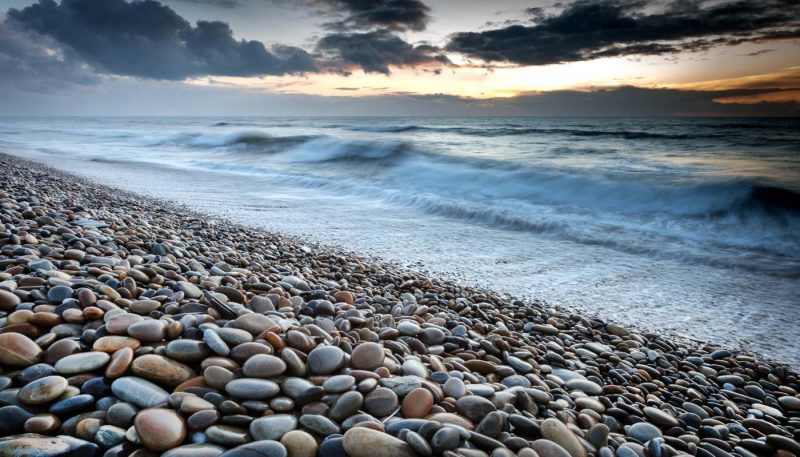 During our stay at Seal Island National Wildlife Refuge in Maine, we keep our eye on the weather. One morning, we awaken to nearly calm wind, so we hurry to the lee side of the island and soon discover a small, pebble-strewn beach.

Crouching on the beach, we watch as waves flow gently to the shore and then carry the small pebbles outward as the water returns to the sea, the pebbles clacking and clicking along the way. Such a delicate display of sound, so very pleasing to our ears. 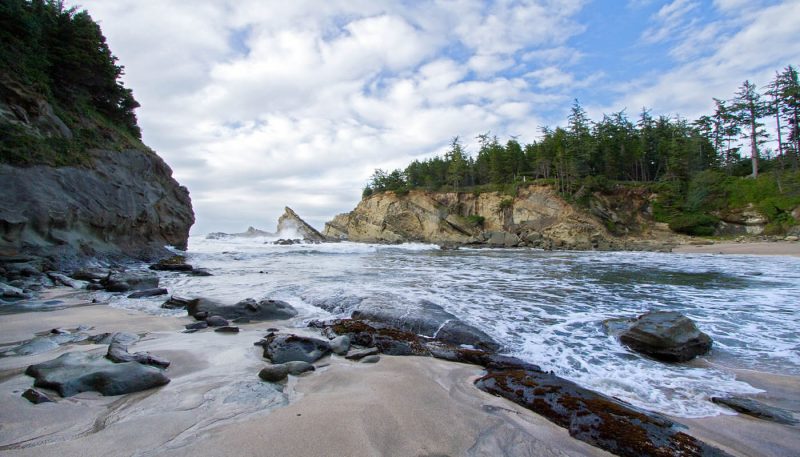 During a trip to Oregon, we explore the picturesque coastline to the south of Coos Bay. We soon discover a trail and follow it through thick forest to a beautiful cove with a broad sandy beach. The cove has a narrow entrance, shielding us from the loud rumble of waves crashing wildly against large rocks near the cove’s mouth.

The effect is soothing. The enormous power of open ocean is still palpable, but the surf has been smoothed and calmed. We stand with our feet buried in wet sand and enjoy the rhythm of the waves as they swell and wash upon the beach, instantly transforming into a bubbling soup that reverses direction and flows outward to meet and meld with each incoming wave. 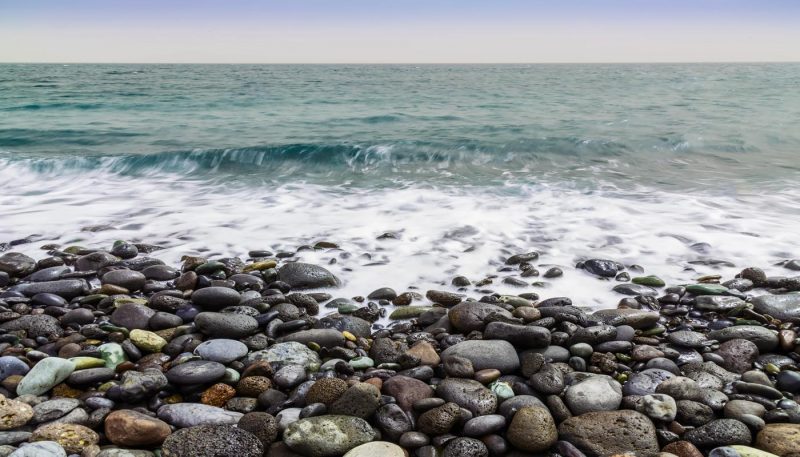 En route to a seabird refuge in Newfoundland, we spend the night in the small village of Witless Bay. We sleep soundly at first, serenaded by distant waves. Then something changes.

Not long after midnight, we are awakened by bouts of high-pitched sizzling, hissing sounds. We rise and quickly make our way to the beach. The tide is going out and the receding waves are now pulling pebbles and small stones toward the sea. They appear to dance in the moonlight as they roll en masse, tapping against one another as if excited by their journey.

The effect is mesmerizing. Such an impressive oceanic sound experience, so utterly unique and entirely unexpected! 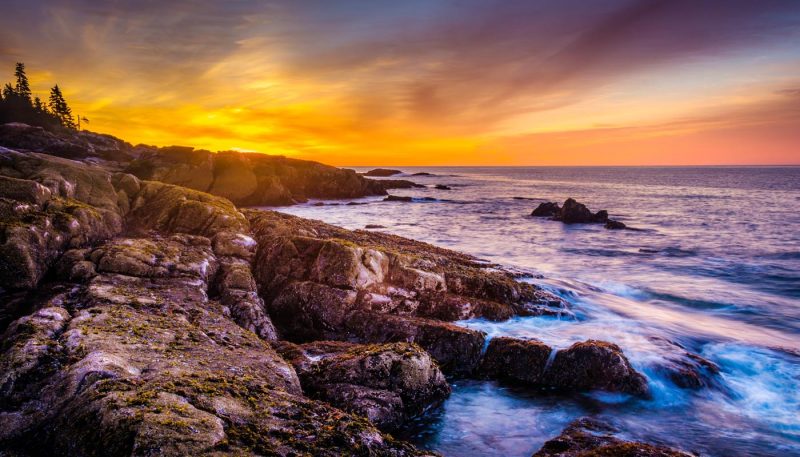 We are fortunate to obtain permission to visit Stratton Island, a National Audubon Society seabird refuge in southern Maine. Arriving by boat early one morning, we set about exploring the island and soon find ourselves heading toward an area where gulls nest in tall grass.

Listening carefully, we are drawn to the leeward side of the island where we sit atop a grassy mound not far from the shoreline. With gulls circling and calling overhead, we delight in this relaxing mix of waves and seabird sounds. 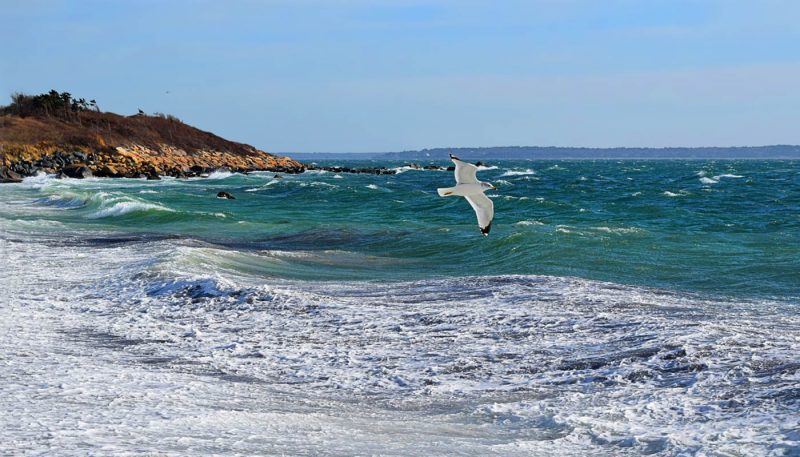 After visiting a gull colony on Stratton Island (see Track #7 above), we hike toward the center of the island where we have a good view of the coastline stretching out in both directions. The soundscape is dynamic, with a steady, soothing rush coming from the broad expanse of waves.

We sit in the grass at a high point, facing toward the open ocean. With a brisk wind blowing against our faces, we delight in this spacious maritime sound experience, accentuated by the salty smell of sea. 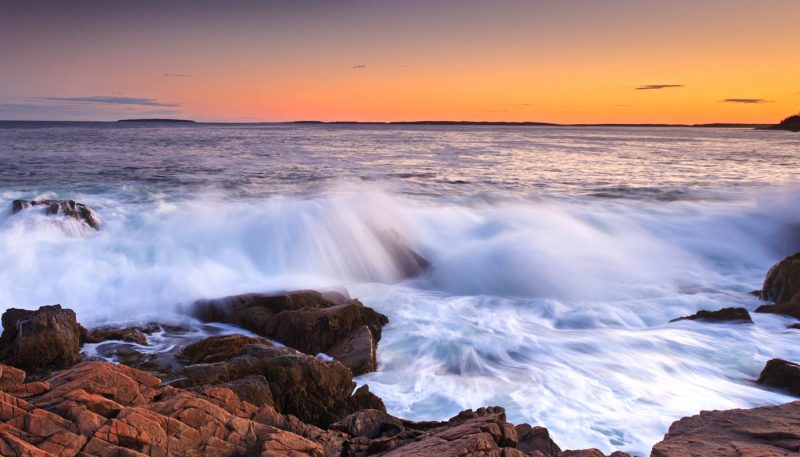 At Seal Island Seabird Sanctuary in Maine, we have enjoyed a wide variety of pleasing wavescapes, ranging from those featuring huge waves crashing loudly against the rocky shoreline to delicate sound displays, such as gentle waves rolling pebbles back to the sea.

We encounter one of our favorite Seal Island wavescapes during a breezy day. Positioning ourselves on a boulder about a hundred feet from the shoreline, we revel on the deep rumble of crashing waves and the animated calls of gulls nesting nearby.

Sights and smells and sounds combine to create a lasting memory that encapsulates the sheer power and unrivaled glory of the seabird island experience.