by Lang Elliott and Wil Hershberger

The coverage is impressive, providing sound designers with a rich and varied palette of nature sound objects that are virtually free of annoying background sounds, and that are optimized for spatialization in ambient beds. At your fingertips you will have a large and comprehensive library of clean-and-clear North American natural sounds suitable for every occasion, both day and night as well as all seasons of the year:

• Hundreds of bird songs and calls from different regions and habitats, including nearly all common species plus many more.

• A huge selection of engaging and magical night sounds, including the hoots, toots and screams of owls, the wails and tremolos of loons, the mesmerizing chants of whip-poor-wills and other nightjars, the howls and barks of coyotes, wolves and fox, the snorts of deer, the bugles of elks, the moans and tail-slaps of beaver, the grunts of rails, and so much more.

• A broad assortment of high-pitched insect songs, including the melodic trills and chirps of crickets, the non-musical ticks, rasps and shuffles of katydids, and the shrill, penetrating buzzes of cicadas.

• A diverse collection of frog and toad calls … a plethora of snores, croaks, trills, rattles, peeps, squeaks, and barks of individuals as well as small choruses.

The rationale behind our creation of Wild Voices Extracted is rather simple on the surface, yet is more complex than one might initially surmise.

Nearly all field recordings of particular birds, frogs, insects and mammals contain significant background sounds, quite often the excited songs and calls of other animals in the surroundings, but also the whoosh of wind, the incessant gurgling of nearby streams, distant traffic noise, the rumble of jets, barking dogs, roosters crowing, and the like. As a result, it is often very difficult to add such recordings to ambient beds because the background sounds will be audible (unless kept at a very low level). Not only that, if the source recording is a “monaural sound object” (which is almost always desirable), the background sounds will be tightly bound to the sound object itself.

Thus, at least in the domain of adding specific monaural sound objects to virtual 3D environments, it makes good sense to process field recordings to reduce or eliminate background sounds, thus making it much easier, almost trivial in fact, to add them to surround beds at whatever level is desired. Wild Voices Extracted has quite literally “done this hard work for you,” so that you can focus on creativity and not have to wrangle field recordings yourself to make them usable.

When attempting to spatialize nature sound objects, another problem inevitably comes to the fore. And this has to do with “reverberation.” Nearly all object-oriented field recordings are reverberant to one degree or the other, and sometimes quite so. For instance, when an owl hoots in the wilds, the “reverberant tail” at the end of the hoot is usually quite obvious. Furthermore, if one listens closely, it is apparent that reverberation “reaches out in all directions.” The echo after an owl’s hoot occurs across the entire landscape; it is not bound to the owl itself.

The fact is … reverberation occurs as the hoot radiates out into the environment and reflects off of objects, be they tree trunks, rock formations, or nearby hills. Thus, reverberation is the landscape’s response to the hoot and represents a marriage of the hoot that left the owl’s beak with the owl’s surroundings. From the perspective of the listener, the owl’s hoot does not exist all by itself as a singular sound object. Rather, it becomes intertwined with its surroundings, a true expression of the whole.

In conclusion, the editing techniques we have used to create Wild Voices Extracted not only involve the elimination of background sounds, but also require reduction of reverberation to dry-out the sound object and make it more suitable for subsequent spatialization and reverberation in ambient surround beds.

Placement of sound objects in 3D audio environments is fairly straightforward. The main requirement is access to spatialization software, some of which may be platform dependent. For instance, while the popular DearVR Pro spatialization software is adaptable to a variety of surround platforms, other plugins such as the Oculus Spatializer are aimed at specific game development engines such as Unity. However, in all cases the basic spatialization procedure is the same.

First off … once a monaural, point-source sound object is selected, it is placed in the three-dimensional sound-field in a particular direction and at a particular distance. HRTFs (head-related transfer functions) and similar processing tricks are used to create the sense that the object is out there in space, and not inside the head of the listener. Volume, of course, must be adjusted accordingly. However, note that spatialization all by itself will not yield a natural-sounding result. Of critical importance is to add reverberation, which, as explained in the previous section, is what reaches out to connect the sound object to its environment.

Great care must be taken when adding reverberation, with attention paid not only to distant reverberation but also to close reflections, especially when sound objects are placed nearby. In most real world applications, however, sound objects such as owl hoots, bird songs, frog calls, and insect chirps are generally placed in the distance for a more ambient, mood-setting background effect. Thus, distant reverberation is typically more important than close reflections.

The amount and quality of the reverberation makes a huge difference and sound designers must experiment to find favorite settings that produce the desired effect. As an example, all of our binaural demonstrations (featured above) were made in Logic Pro using the DearVR Pro spatialization plugin. In most cases, we used the built-in reverberation options offered in the plugin itself and turned off the close reflection option. Only a handful of the reverb “spaces” built directly into DearVR Pro proved useful to us as we strived to produce a natural “outdoor-sounding” result (these were: Medium Recording Hall, Large Recording Hall, King’s Hall, Cathedral, and Church).

Many sound designers will of course choose to use their favorite reverb plugins rather than those built into the spatializer software, and this is generally easy to implement. In DearVR Pro, one needs only to turn the internal reverb section off and then add one’s chosen reverb plugin into the effects sequence right after spatialization of the sound object. In our own work, we’ve experimented with using Exponential Audio’s Nimubus plugin instead of Dear VR Pro’s on-board options, and we were able to achieve very good results. In addition, we tried using outdoor impulse responses (available from Boom Library) in conjunction with the Altiverb convolution plugin, again with satisfying results.

The sky is the limit when it comes to adding reverb. Producing a truly natural-sounding result is key to tricking the listener into believing that the sound-makers (birds, frogs, insects and mammals) are really out there nature, fully integrated and “married to” the ambient surround bed. Fortunately, the spatialization tools currently at our disposal are remarkable and quite capable of producing amazingly realistic results.

Dry And Lifeless? Don’t Be Fooled! 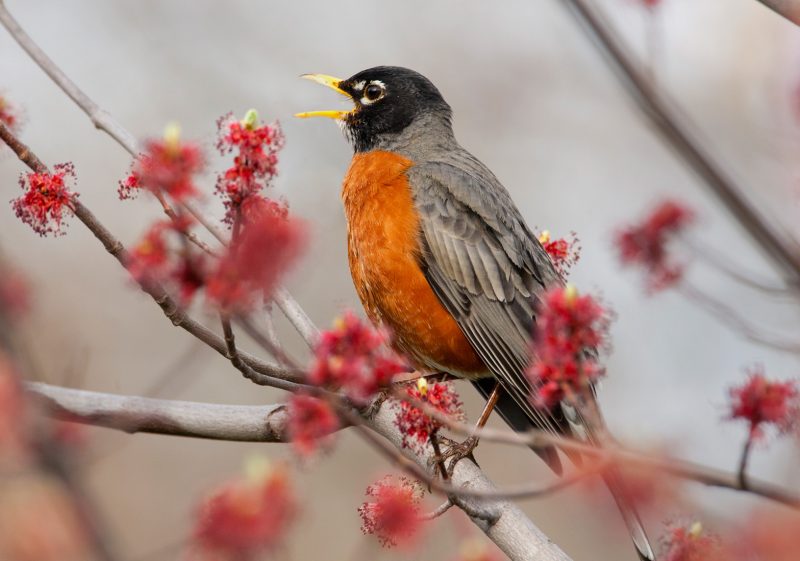