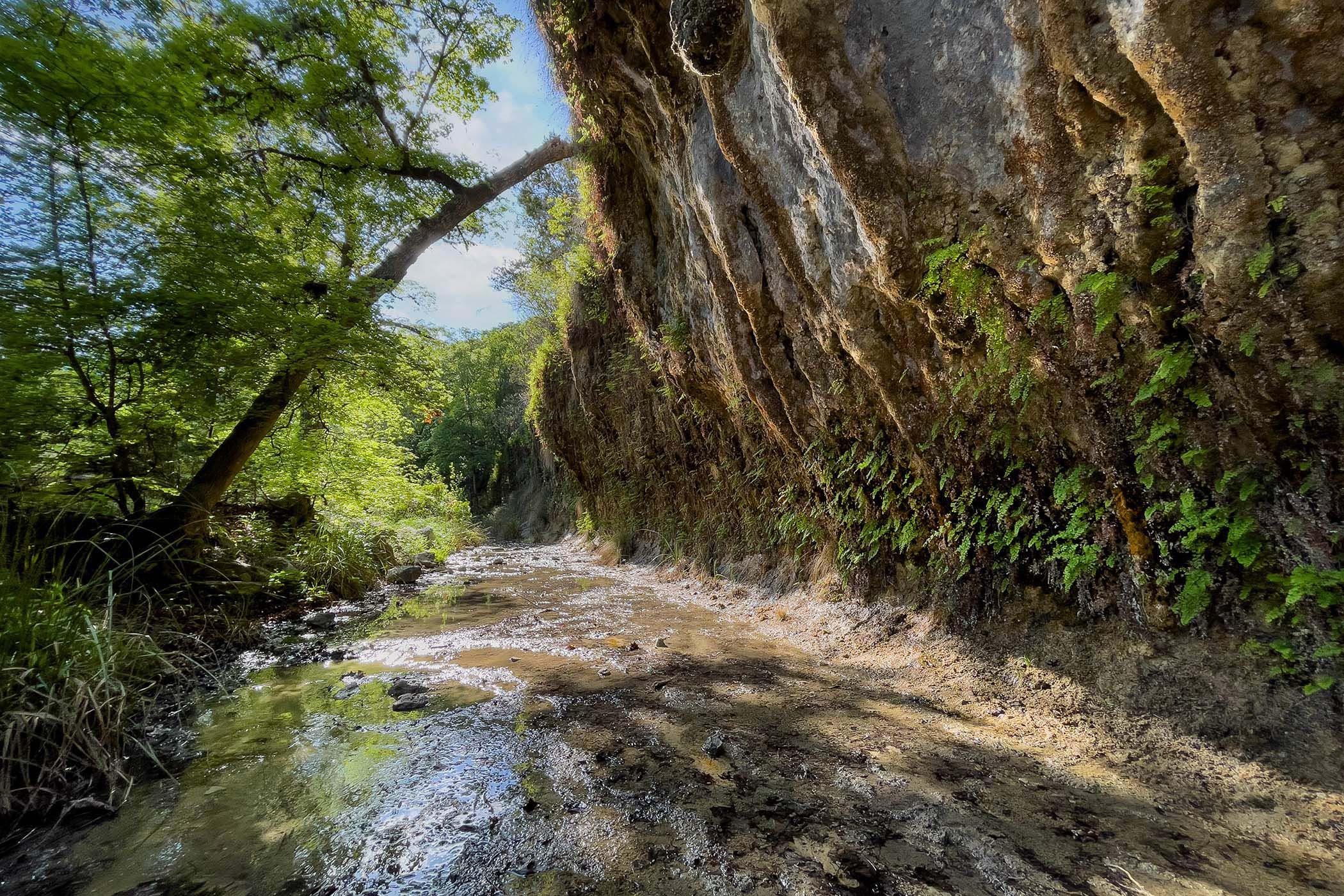 One of my favorite locations for nature recording is Lost Maples State Natural Area in the Hill Country of Texas, about 1.5 hours west of San Antonio. My first visit was in early April of 2001, during which I discovered the captivating Barking Frogs that call at night from limestone ledges, as well as the plethora of interesting birds such as Golden-cheeked Warblers, Black-capped Vireos, White-tipped Doves and many more. Check out this blog post for a sampler of recordings I’ve made there through the years, and this podcast for a narrated journey celebrating the sounds of Lost Maples.

While I certainly enjoy the variety of animal sounds to be heard there, one of the most mesmerizing of the Lost Maples soundscapes is the water music that enlivens the “Grotto,” a fern-covered limestone bluff that overhangs a small tributary of the Sabinal River. Water seeps down from the steep hillside above and then drips from near the top of the bluff, making a variety of plops, plunks, splats and splashes as the droplets fall into pools of standing water in the stream below, or else slap against the flat, wet bedrock that is exposed during drier spells.

The Grotto at Lost Maples State Natural Area
Unnamed Road, Vanderpool, TX 78885, USA
Direction
In the spring of 2021, I visited Lost Maples twice … once in early March (accompanied by fellow nature lover Beth Bannister), and then again in mid-April (accompanied by nature recordist Christine Hass). On both occasions, I hiked 1.5 miles to the Grotto a little before dusk, in order to record as night unfolded. During my visit in March, wind interfered, making it difficult to hear the dripping sounds. But during my mid-April visit, the night was calm and I got my most thrilling Grotto “dripscape” to date … the recording featured at the top of this post.

From my perspective, my new grotto recording is quite an attractive soundscape, not only featuring elemental dripping sounds, but also the occasional musical trills of a pair of Eastern Screech-Owls and a backdrop of crickets trilling softly. I couldn’t have asked for more and consider it one of my best water music recordings to date. What makes it special has to do with the water level in the stream, which was quite low, to the point that there was scarcely any movement of water. However, there were many shallow pools in the stream bed, along with numerous patches of exposed bedrock, moist from the drips and covered with a thin layer of mud. While droplets landing in the pools made familiar watery plunk or plink sounds, droplets hitting the muddy bedrock made lower-pitched splats or thunks. This resulted in a rich low end, and overall a broader frequency range than one might normally encounter when recording drips.

As you might guess, I am super-pleased to have captured this exceptional soundscape. 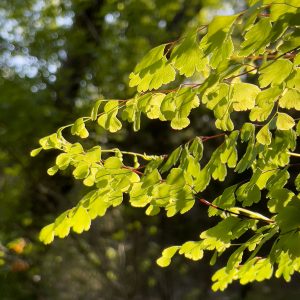 As always, I truly appreciate your feedback, so please leave a comment below.

Friends … if you find that my feature articles have a positive impact on your life, please help support my effort by making a modest donation.